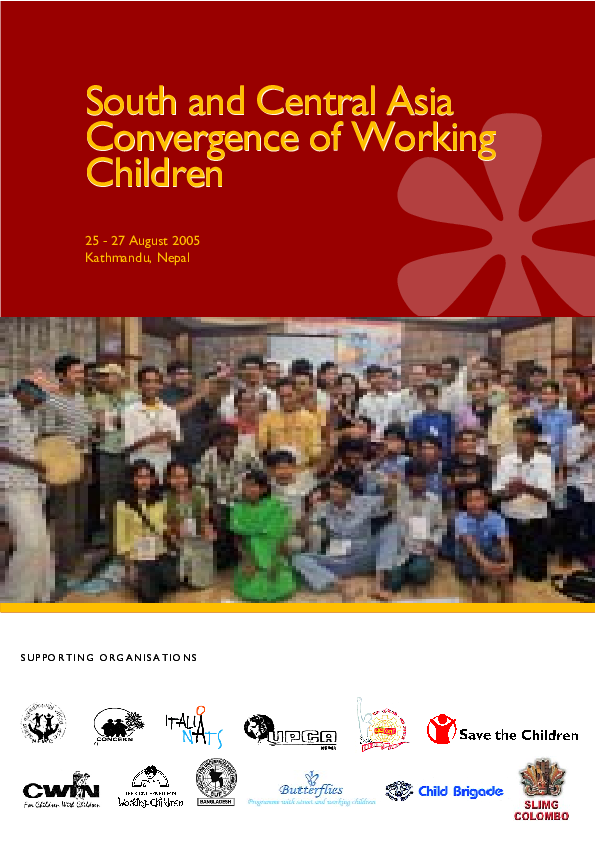 Forty children representing national, regional, and local working children’s organisations in South and Central Asia came together at this landmark event, organised in Nepal. The report captures the processes and outcome of this event. The children clearly defined their position on child labour discourses that while they do not accept the hazardous and exploitative forms of labour, they also refuse the complete elimination of work without prior planned and appropriate alternatives provided by their respective governments. They also reiterated their demand for work with dignity, education, standard wage and hours of work and protection. A Kathmandu Declaration was released by the representatives of the working children at end of the event.

Child abuseChild protectionDiscriminationEducationUN Convention on the Rights of the Child