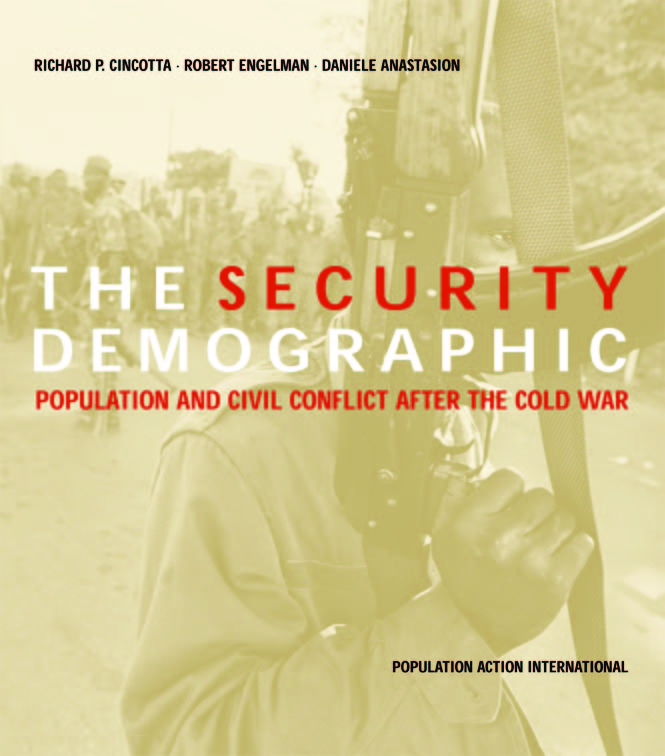 The security demographic population and civil conflict after the cold war

The report examines the correlations between population and conflict after the cold war, using data from the United Nations Population Division and the Uppsala Conflict Data Programme to solve a demographic puzzle: do the dynamics of human population—rates of growth, age structure, distribution—affect when and where warfare will break out? According to the co-authors Cincotta and Engelman, the answer lies in the complex interplay of a country’s birth and death rates as it undergoes what they call the “demographic transition”, defined as “the shift of all populations…from high death and high birth rates, to the low birth and low death rates that now characterise industrialised countries”. The principal intended audience for this report is the security community: policymakers and analysts in national defense, diplomatic or intelligence agencies and multilateral organisations charged with a regional or global security.

The security demographic population and civil conflict after the cold war