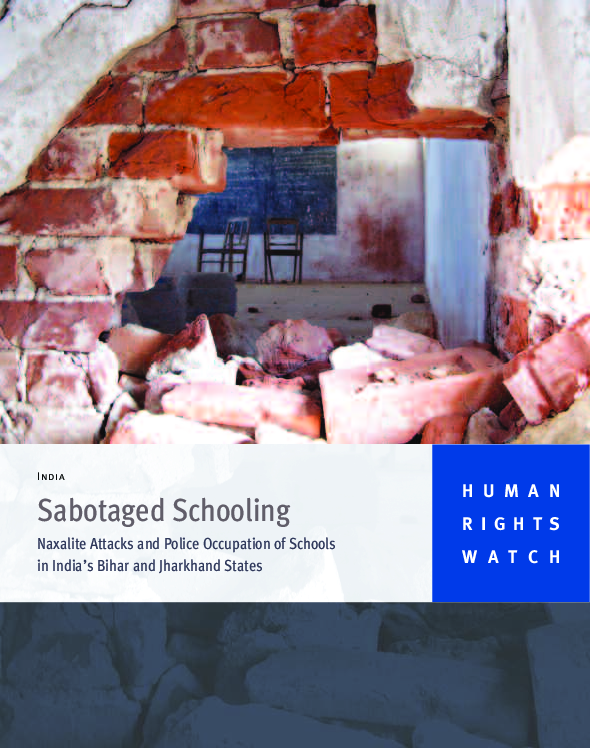 This 103-page report details how the Maoists – known as Naxalites – a longstanding, pan-Indian armed militant movement, are targeting and blowing up state-run schools. At the same time, police and paramilitary forces are disrupting education for long periods by occupying schools as part of anti-Naxalite operations. Human Rights Watch has documented that at least 36 schools in Jharkhand and 23 schools in Bihar were attacked during 2009. These do not include schools that were occupied by security forces at the time of attack.