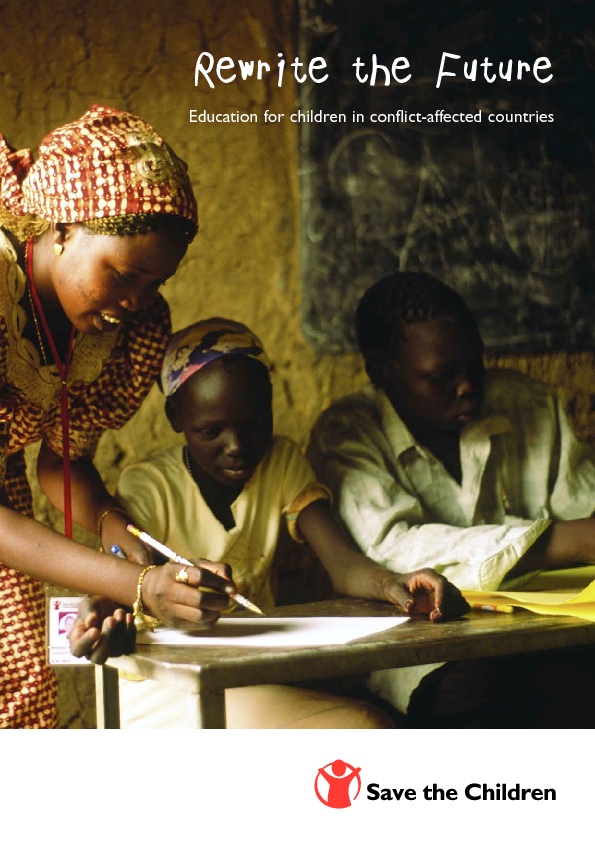 Rewrite the Future: Education for Children in conflict-affected countries

Over 40 countries across the world launched Rewrite the Future, Save the Children’s biggest global campaign in its 85-year history. The research reveals the devastating consequences of armed conflict on education in 30 countries. Schools are destroyed or commandeered by armed forces, teachers are killed or flee to escape the violence, children can be recruited and forced to fight, and are more vulnerable to abuse and exploitation. 39 million children living in countries around the world wracked by war and armed conflict are being left without the chance to go to school. The campaign seeks to find innovative solutions to allow children to go to school even in the most difficult contexts. Too many children still are denied a basic education in conflict-affected countries and many more do not receive the quality education that is their right. The commitment is to get three million out-of-school children into school by 2010, and to improve the quality of education for a total of eight million children.

Rewrite the Future: Education for Children in conflict-affected countries