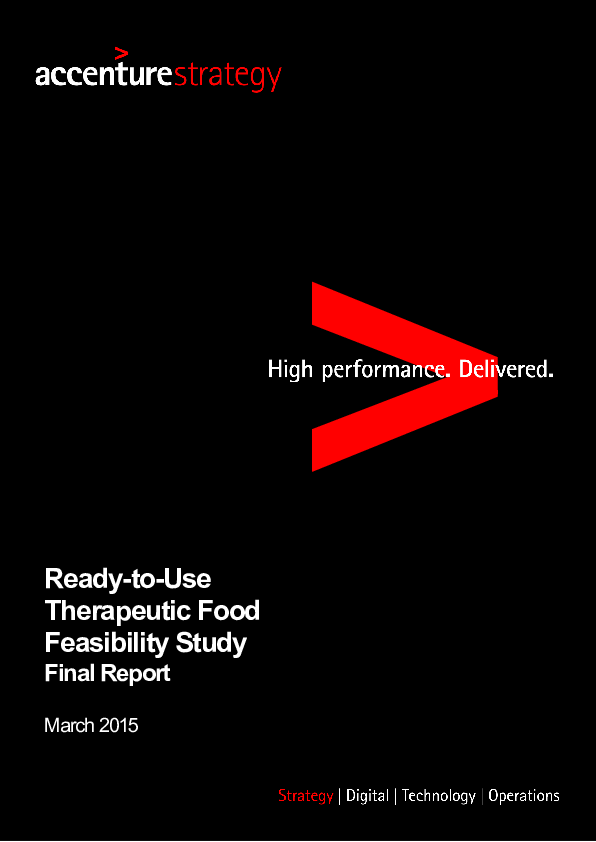 Ready-to-Use-Therapeutic Food (RUTF) is a specially formulated nutritional product that has been found to be very effective for treating children between 6 and 59 months with Severe Acute Malnutrition (SAM) as part of the Community-based Management of Acute Malnutrition (CMAM) approach to treating malnutrition.

Treating SAM is an integral part of achieving major global development goals, specifically Millennium Development Goals 4A (reduce by two thirds, between 1990 and 2015, the under-five mortality rate) and 1C (halve, between 1990 and 2015, the proportion of people who suffer from hunger) and is strongly supported by many governments. The United Nations Children’s Fund (UNICEF), alongside local governments, non-governmental organizations (NGOs) and others, is encouraging the set-up of RUTF production facilities within those countries heavily affected by SAM, identifying Nigeria as a programmatically strategic country for local production due to both the high incidence of SAM, 2.2%, and total number of afflicted children, 700,000.

This report details a feasibility study conducted into the setup of an RUTF manufacturing business in Nigeria, divided into three parts: (I) Market dynamics (II) Supply assessment and (III) Business model.

The results of the study found that at production levels of roughly 700 metric tons (MT) annually or more, there is potential to create a profitable and sustainable business that is competitive with global manufacturers. Production at 700MT would provide RUTF for 50,000 SAM cases annually.

GSK, GlaxoSmithKline, Save the Children International