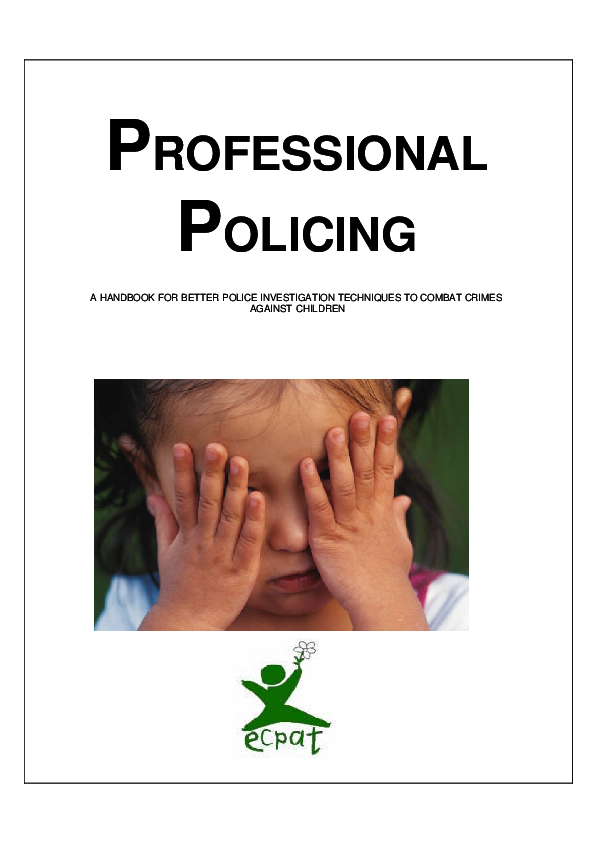 This handbook was developed by ECPAT in an effort to reduce the trauma to victims of child sexual exploitation, child prostitution and other forms of child abuse during the process of a police investigation.

It is designed to be a participatory and practical step by step approach to investigating crimes against children. It has been developed by a former police officer with extensive international experience in child protection investigations and training of police officers. The handbook was developed with consultation and input from Police, Prosecutors, Child Legal and Care workers from many countries in Asia, Australia and Latin America.

It emphasizes the importance to police officers of planning and coordinating their efforts with childcare providers. It addresses the investigative process, interview techniques and evidence gathered from both the child victim and the suspect.