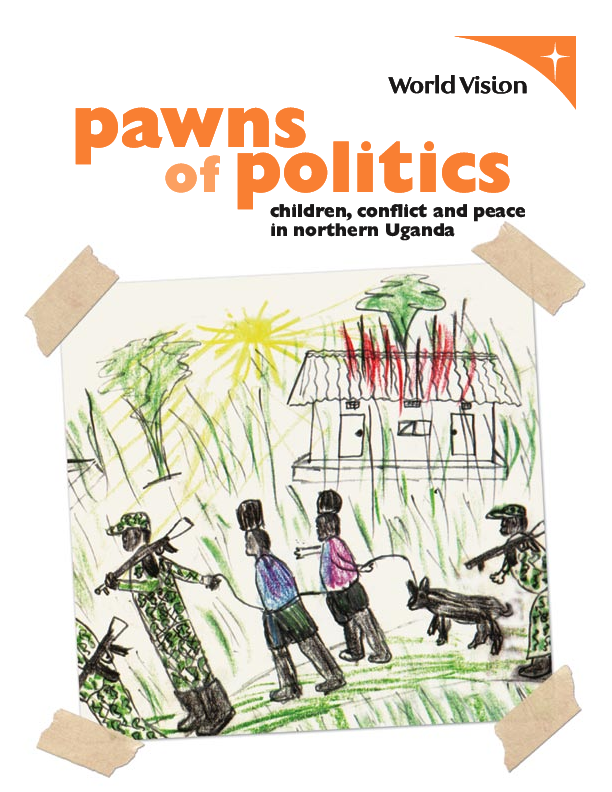 Pawns of politics – children, conflict and peace in northern Uganda

Uganda has been plagued by decades of military conflict and the ongoing war in the north between the Lord’s Resistance Army (LRA) and the Government of Uganda poses a serious challenge to Uganda and the international community. It is a tragic struggle for power involving children, who are used as pawns for military and political purposes. This is a war that specifically targets children, who are used, abused and manipulated, and in spite of some response from the international community and existing national and international laws against child abuse, these children are deprived of security and their basic rights. Considering the human, social and economic costs of this conflict, investment in a concerted peace initiative that would restore peace in northern Uganda would benefit all of Uganda, Africa and international security.

Pawns of politics – children, conflict and peace in northern Uganda