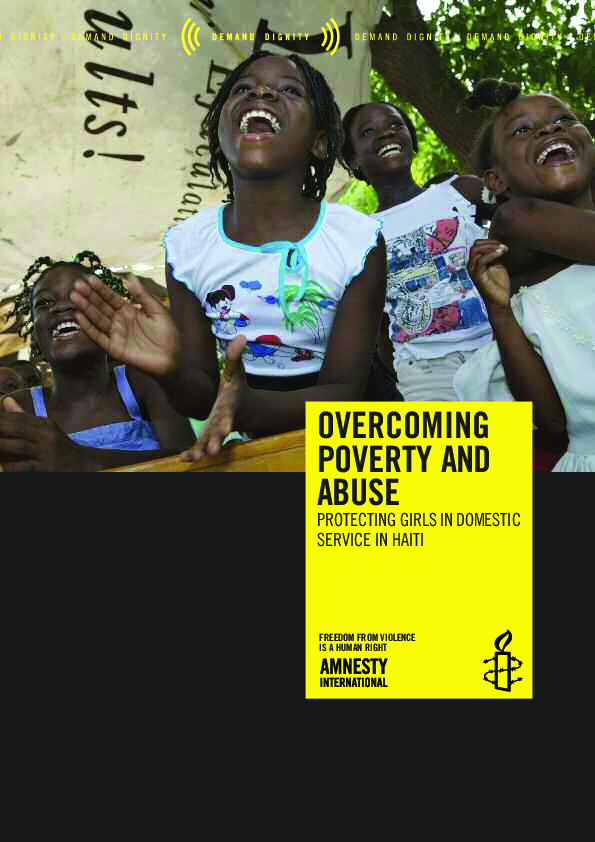 Sexual violence against women and girls is pervasive and widespread in Haiti: much of it is directed at girls. There were estimated to be more than 100,000 girls aged between six and 17 working as domestic servants in 2007. These children are at particular risk of physical abuse and sexual violence. Children in domestic service often come from extremely poor backgrounds. In this document Amnesty International calls on the Haitian authorities to provide adequate protection for girls against physical and sexual violence, in particular for those in domestic service and living on the streets.