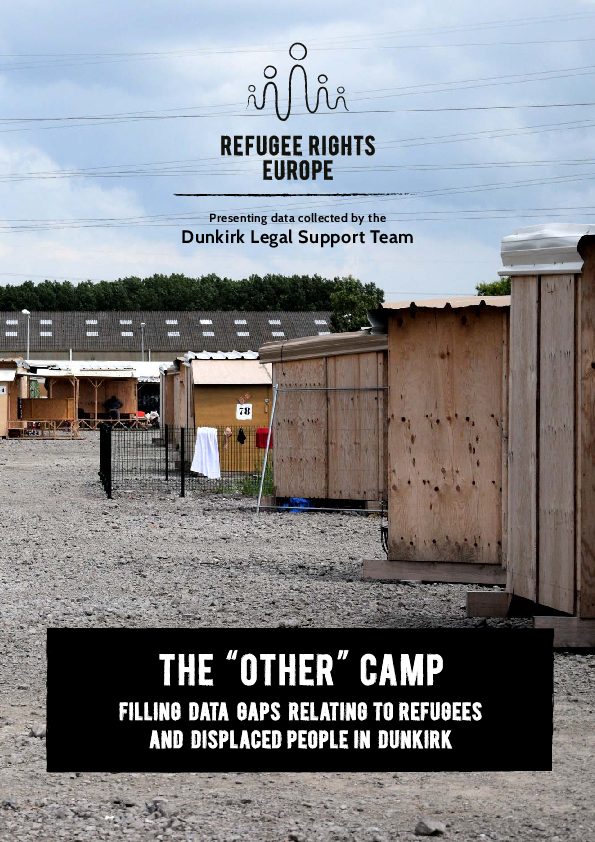 The ‘Other’ Camp: Filling data gaps relating to refugees and displaced people in Dunkirk

The “Other” Camp focuses on the Dunkirk refugee camp in Grand-Synthe. Less talked about than its larger relative in Calais, the Dunkirk camp is often overlooked. This data was collected by the Dunkirk Legal Support Team, and analysed and presented by Refugee Rights Europe.

Research was conducted in March and April 2016, when 506 individuals were surveyed – roughly 30% of the camp’s estimated population of 1,700.

The ‘Other’ Camp: Filling data gaps relating to refugees and displaced people in Dunkirk