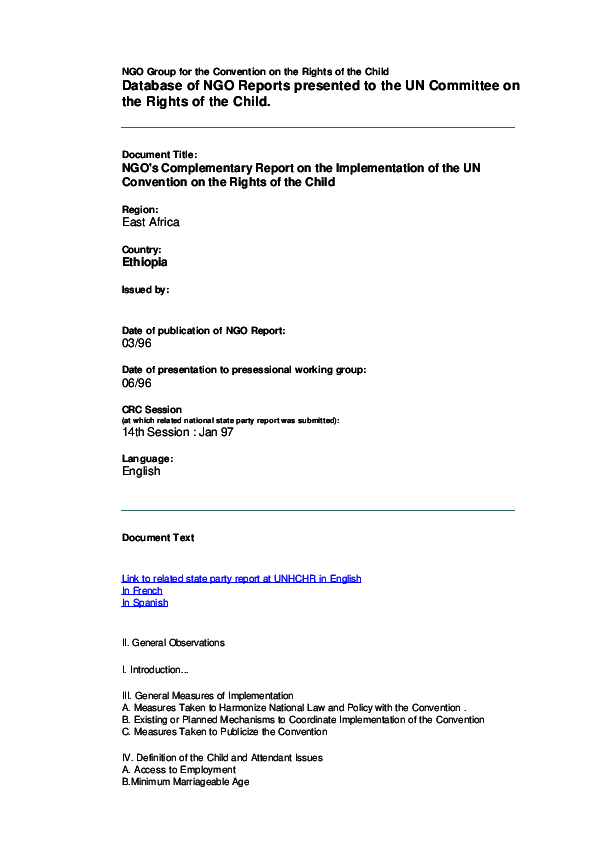 NGO Group for the Convention on the Rights of the Child

This report, submitted to the UN Committee on the Rights of the Child in 1996, is complementary to the report prepared by the Ethiopian government. It is written in conformity with Article 45 (a) of the Convention, and it follows the general guidelines set down for the state report. In spite of various legal provisions dating back at least to the 1960s to safeguard the welfare of children, the condition of children has remained deplorable due to the prevailing traditional malpractices, economic depravity, social conflicts, natural disasters and insufficient provision of basic services. In this regard, the ratification of the UN Convention on the Rights of the Child by the Transitional Government of Ethiopia on December 9, 1991 and the various policies adopted by the government in the past three years help to address pressing problems of children. Evidently, this is the case of a poor country facing a huge task in providing services to children.

NGO Group for the Convention on the Rights of the Child