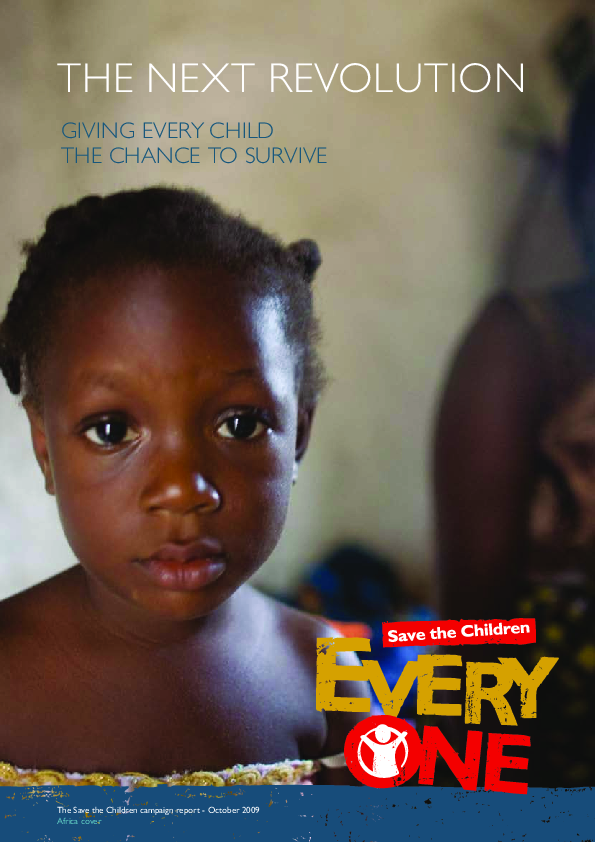 The Next Revolution: Giving every child the right to survive

Nearly 9 million children die every year before the age of five — that is nearly one child every three seconds. Just under 4 million of these children die within their first month. Nearly 3 million babies die within one week of birth, including up to 2 million who die on the first day of their lives. Nearly all — 97% — of these children die in low- or middle-income countries, and disproportionately from the poorest and most marginalised communities within those countries. This report, launched as part of the EVERY ONE campaign, looks at where, how and why children are dying. It debunks the myths surrounding child survival and presents Save the Children’s seven-point plan to help save the lives of children and their mothers: Implement credible national plans; Focus on newborn babies; Prioritise equity; Mobilise resources; Train and deploy more health workers; Tackle undernutrition; and Increase focus on children in emergencies.

The next revolution: Giving every child the right to survive

The next revolution: Giving every child the right to survive [Arabic]