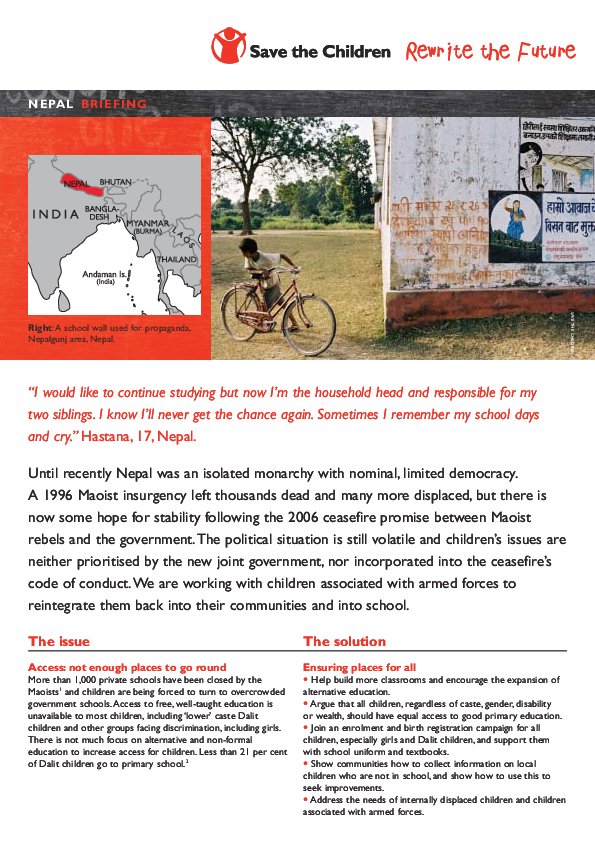 Until recently Nepal was an isolated monarchy with nominal, limited democracy. A 1996 Maoist insurgency left thousands dead and many more displaced, but there is now some hope for stability following the 2006 ceasefire promise between Maoist rebels and the government.The political situation is still volatile and children’s issues are neither prioritised by the new joint government, nor incorporated into the ceasefire’s code of conduct. Save the Children is working with children associated with armed forces to reintegrate them back into their communities and into school.