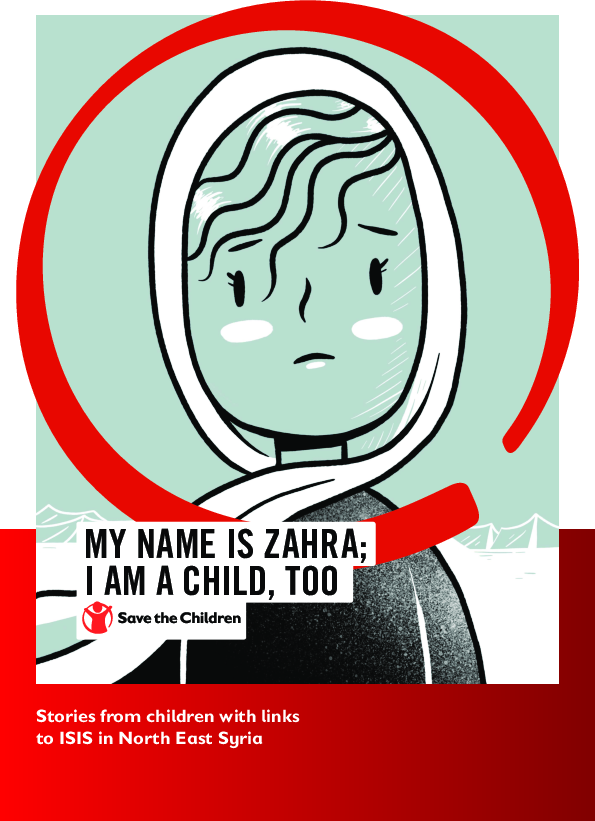 My Name is Zahra; I am a Child, Too

Children of foreign nationalities trapped in Syria are innocent victims of the conflict and victims of child right abuses and must be treated as such. Like millions of Syrian children, these children have lived through conflict, bombardment, and acute deprivation. They, and many children in Syria, need specialised help to recover from their experiences and return to normality, which is impossible in overwhelmed displacement camps in a volatile warzone.

The collection includes two illustrated stories of two girls, one from Azerbaijan and the other from Iraq who both ended up in camps in North-East Syria. The girls’ stories were originally collected by Save the Children staff inside Syria in 2019 and 2020.

My Name is Zahra; I am a Child, Too