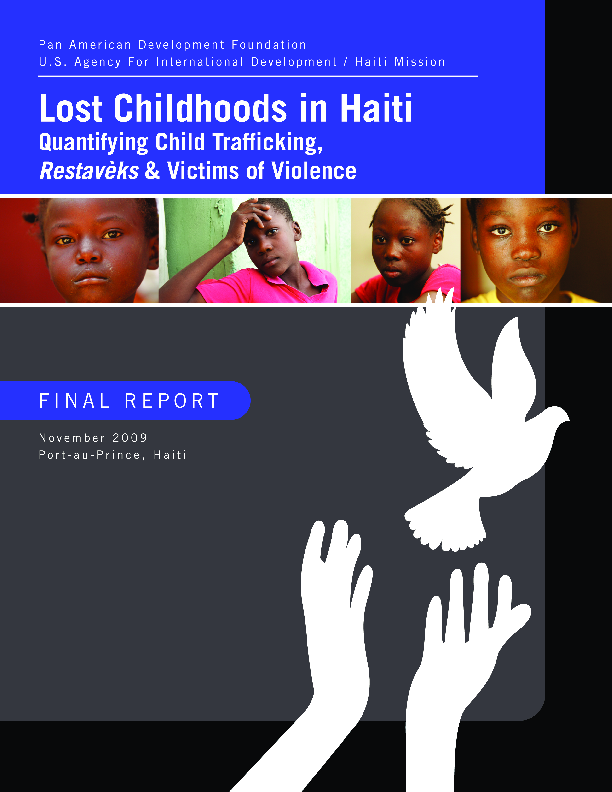 Nearly a quarter of a million impoverished children – mostly young girls – are forced to work as unpaid domestic servants in major Haitian cities, according to a major survey of Haiti’s human rights. Called restavèks, these very poor children are sent by their parents to live in other homes with the idea that they would have access to education and food. Pan American Development Foundation’s ( PADF’s) ground-breaking study, which focused on key neighborhoods in five major cities, found that 16 percent of all children are restavèks. PADF conducted the largest field survey on human rights violations, with an emphasis on child trafficking, abuse and violence. Called “Lost Childhoods,” it consists of nearly 1,500 door-to-door surveys in troubled urban neighborhoods of Port-au-Prince, Cap-Haïtien, Gonaïves, Saint-Marc and Petit-Gôave. In the broadest sense, alleviating the risk of trafficking in restavèk children should be guided by the following premises: The recruitment of restavèk servant children is intimately linked, overall, to poverty, especially for sending households, and oftentimes for receiving households as well.