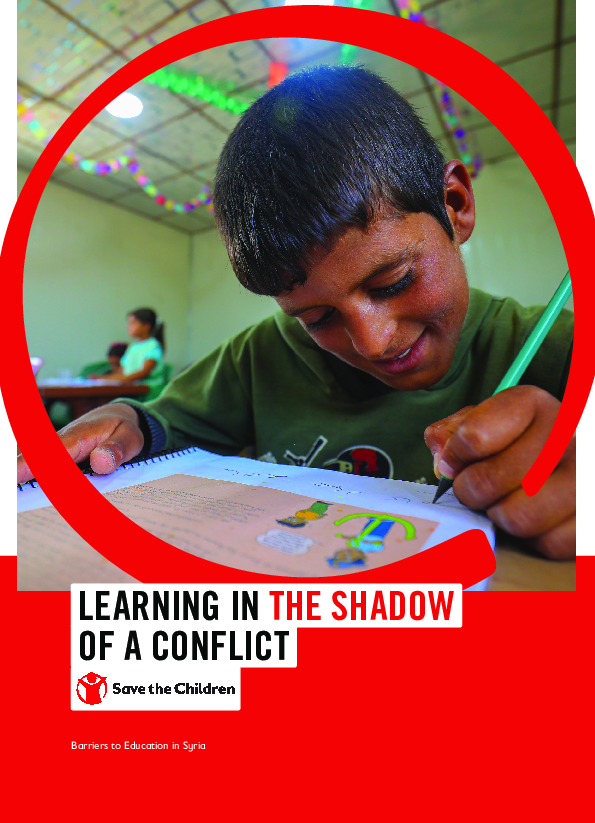 Learning in the Shadow of a Conflict: Barriers to education in Syria

For the last 10 years, Syria has been ravaged by conflict. A staggering 220,000 to 550,000 people are estimated to have been killed. More than 12 million, out of the country’s population of 24 million at the start of the conflict, have either fled the country or have been internally displaced by the violence. There has been widespread damage to civilian infrastructure and housing with one-third of houses estimated to be either destroyed or damaged by 2017.

The conflict has negatively impacted all aspects of life for Syrian children, including their education. Education in Syria has been crippled as schools have been damaged or destroyed, children and teachers killed or injured in attacks or else forced to flee, and the curricula have changed for millions of children. Across the country, humanitarian interventions responding to the education crisis are underfunded and nowhere near enough to alleviate the brunt of conflict on Syrian children’s right to education.

The COVID-19 pandemic has exacerbated the bleak situation of education in Syria. Recurrent lockdowns and suspension of activities over 2020 and 2021 have limited children’s physical access to school and has worsened the poor economic situation across the country obliging many Syrian families to apply coping mechanisms including removing their children from schools.

All of the above has resulted in an estimated 2.5 million children aged 5-17 years – one-third of the school-age population – are out of school. They are unable to exercise their basic right to education as laid out in the Convention on the Rights of the Child (1989). A further 1.6 million school-age children are at risk of being denied this right. These astonishing numbers indicate that a generation is growing up deprived of school in Syria. Those children are also more likely to suffer further violations, including falling victim to violence, child marriage, and engagement in worst form of child labour.

Learning in the Shadow of a Conflict: Barriers to education in Syria