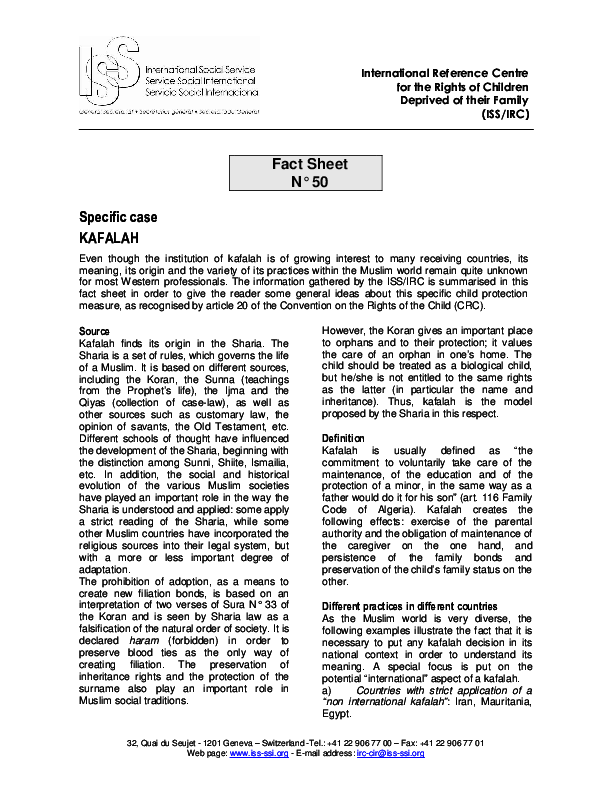 Thematic Fact sheet from ISS/IRC on kafala and adoption, of the fact sheet series on the provision of care for children deprived of family or at risk of so being, those in need of adoption or who have already been adopted.  The way in which kafala is conceived and practised varies greatly from one country to another, ranging from anonymous financial support, to a child being placed in a residential care facility, to a form of informal adoption or long-term foster care. When working in a context where kafala is practised, it is important to fully understand how it is interpreted in that setting.

Even though the institution of kafalah is of growing interest to many receiving countries, its meaning, its origin and the variety of its practices within the Muslim world remain quite unknown for most Western professionals. The information gathered by the ISS/IRC is summarised in this fact sheet in order to give the reader some general ideas about this specific child protection measure, as recognised by article 20 of the Convention on the Rights of the Child (CRC).