Isolated: The impact of family separation on Palestinian children in military detention

Every year, approximately 500–700 Palestinian children encounter the Israeli military detention system. The prosecution of Palestinian children in the military detention system, and the ill-treatment most endure, is a long-standing human rights concern. It also represents a major child protection crisis, which has devastating consequences for each child.

To develop a better understanding of the impact of family separation on child detainees and the ongoing effects on children’s and their families’ lives after release, Save the Children consulted 694 individuals who had been recently detained, detained as children, or family members to a detained child. The findings of this research highlight harrowing statistics and understandings from the beginning to end of the military detention process. When taken for interrogation, most children are forced from their home at night with little to no understanding of why they are being detained and where they are being taken. During interrogation, the majority of Palestinian children are denied essential safeguarding, including having a parent, guardian or lawyer present. During the military detention, over half of parents and guardians were found to not be granted access to see their child. Additionally, children during the interrogation internalize fear, depression and isolation. Following their release, children and families struggle to acclimate to life outside, reporting feeling unsafe and afraid within the confines of their own home.

Palestinian children are routinely denied their right to contact with their families at every stage of the detention process, as stipulated by international juvenile justice standards such as the Beijing Rules and the Havana Rules. The harm inflicted on Palestinian children incarcerated by Israeli authorities is avoidable. While reaffirming its position that no child should be prosecuted in military courts, Save the Children is calling on all duty bearers to take concrete and immediate steps to protect these children. With regards to children’s isolation from their families or caregivers and to reduce the traumatic experience and immediate and potentially long-term impacts of detention, Save the Children urges the Government of Israel to make every effort to ensure that children have sustained and meaningful communication with the outside world, especially with their families or caregivers.

Isolated: The impact of family separation on Palestinian children in military detention 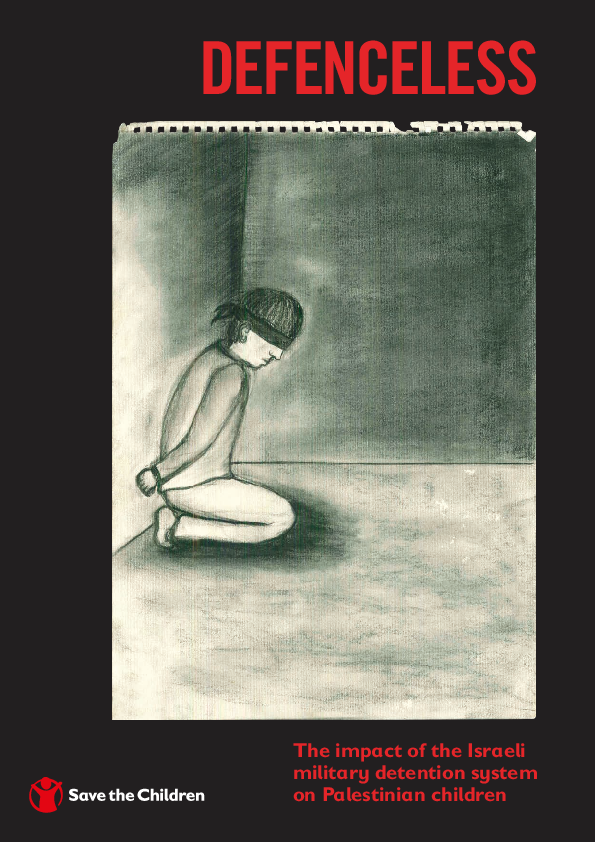 Defenceless: The Impact of Israeli Military Detention on Palestinian...