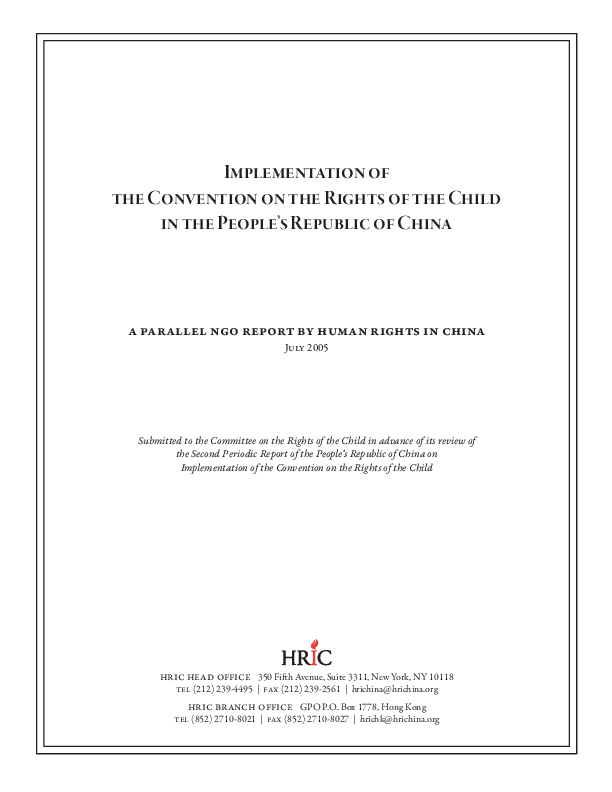 The People’s Republic of China (PRC) ratified the Convention on the Rights of the Child in 1992, yet serious concerns remain over what rights have been implemented and how they have been implemented. Over the past two decades, China has undergone rapid macroeconomic growth, yet largely due to national government policy choices, the benefits of that growth have been concentrated in the urban coastal regions. The rights of China’s most vulnerable populations—rural inhabitants, migrants, women and ethnic minorities—have begun to backslide, with a disproportionate impact on children and their access to basic services such as health, education and housing. Human Rights in China (HRIC) submits this parallel report to facilitate the Committee on the Rights of the Child’s examination of PRC’s second periodic report. HRIC’s report highlights those areas of concern that affect China’s most vulnerable children.