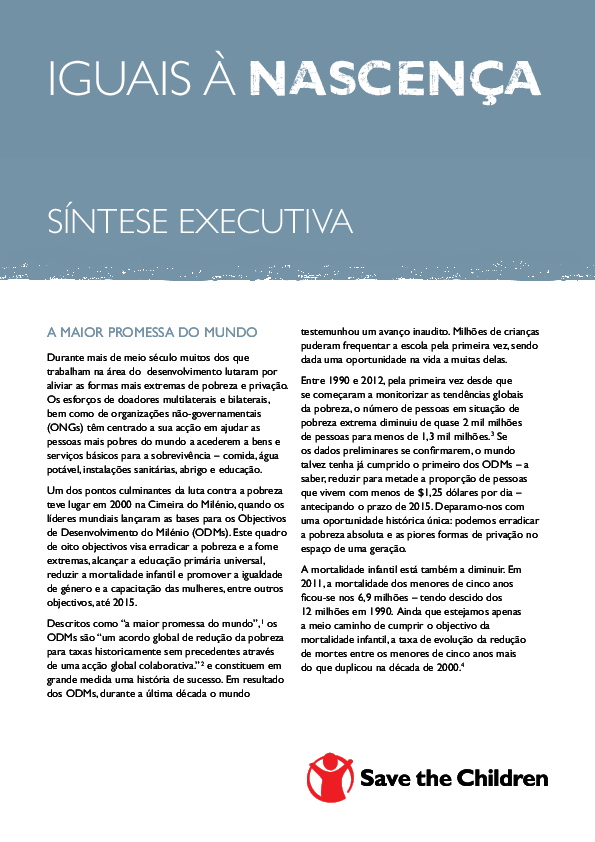 For more than half a century, most of the development work worldwide has been focused on alleviating the most extreme forms of poverty and deprivation. The efforts of multilateral and bilateral donors, as well as non-governmental organizations (NGOs), have focused their actions on helping the world’s poorest people to access goods and basic services for survival: food, drinking water, sanitation, shelter, and education.

One of the highlights of the fight against poverty took place in 2000 at the Millennium Summit, when world leaders laid the foundations for the Millennium Development Goals (MDGs). Its objectives is to eradicate poverty and hunger, achieve universal primary education, reduce child mortality and promote equality and the empowerment of women, among others.

Described as “the greatest promise in the world,” the MDGs are “a global agreement to reduce poverty to historically unprecedented levels through of collaborative global action.” In result of MDGs, the world has witnessed an unprecedented breakthrough over the last decade. Millions of children were able to attend school for the first time.