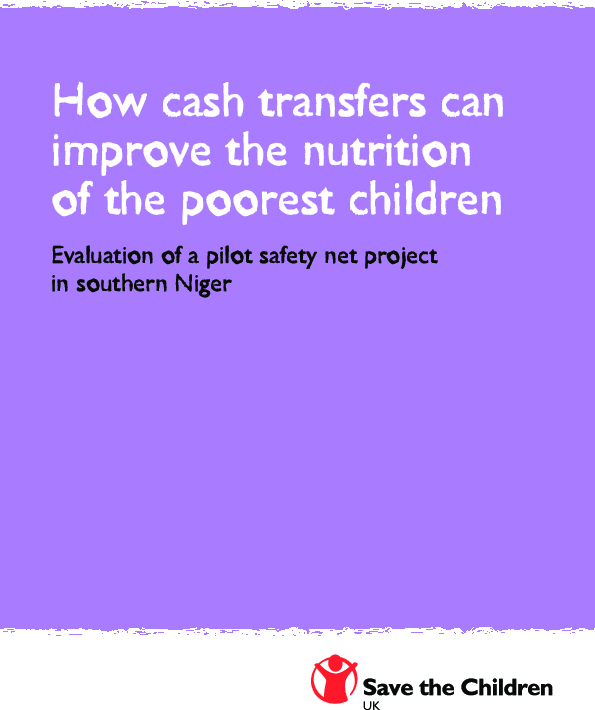 How cash transfers can improve the nutrition of the poorest children. Evaluation of a pilot safety net project in southern Niger

This report presents key findings from an evaluation of Save the Children’s pilot project to give cash transfers to 1,500 of the poorest households in Tessaoua district, Maradi region, Niger. Its findings will be of interest to NGOs, governments and donors involved in planning and implementing food security and safety net programmes.Every year, at least 200,000 children under five are treated for acute malnutrition in Niger. Despite concerted efforts by the government and aid agencies to tackle the problem since the 2005 food crisis, one in seven children under three years of age is still acutely malnourished. And half of all children under five are chronically malnourished, which hinders their physical and mental development.The report findings show how targeted cash transfers can affect the food intake and earning power of the poorest households. The evaluation also looked at the links between increased income during the hunger gap, and young children’s food intake and nutritional status.

How cash transfers can improve the nutrition of the poorest children. Evaluation of a pilot safety net project in southern Niger