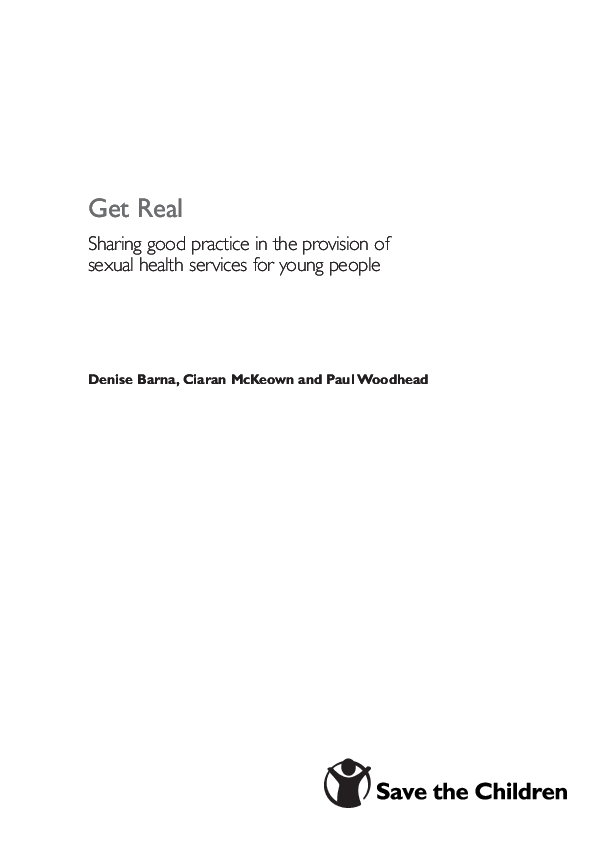 Get Real: Sharing good practice in the provision of sexual health services for young people

The sexual health of young people continues to be an issue of debate and concern. The Government’s Social Exclusion Unit’s report on Teenage Pregnancy (1999) identified that there were nearly 90,000 teenage conceptions per year in England. The Government’s concern with the high teenage pregnancy rate in the UK has led to the appointment of local Teenage Pregnancy Co-ordinators and to the requirement that local health organisations across the country devise a strategy for reducing teenage conceptions.

There has also been a recent, worrying increase in the incidence of sexually transmitted infections. For example, the diagnosis of genital chlamydia almost doubled during the 1990s, with a particularly marked increase in men and women under the age of 20.

With this resource, Save the Children is seeking to support policy-makers, service commissioners and practitioners by providing guidance on what works and why from a young person’s point of view.

Get Real: Sharing good practice in the provision of sexual health services for young people