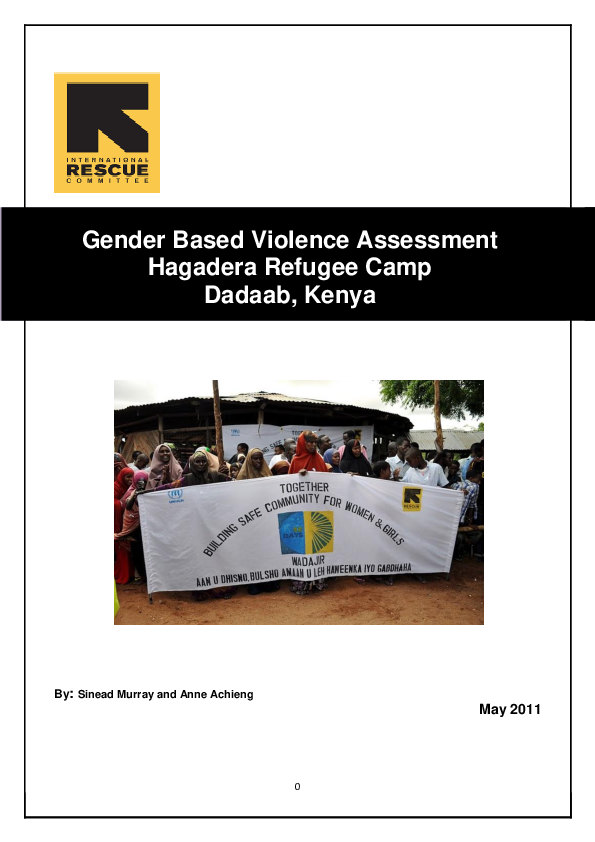 Since the IRC began Gender Based Violence (GBV) programming in September 2010, there has been a notable increase in the number of survivors accessing GBV services, with an average increase of over 50% between September 2010 and March 2011 from baseline. However, reporting of GBV remains limited, in particular sexual violence; widespread practices such as blaming the survivor, shame, stigma, fear of reprisals and threats of rejection by families and the community are powerful deterrents to reporting. This leads to a situation where the majority of survivors do not receive appropriate care with potentially life-threatening consequences. A lack of knowledge among refugees about the consequences of GBV also limits reporting and utilization of appropriate and timely health care.

Effectively preventing and responding to GBV requires both the coordination and commitment from a wide range of actors, in particular, the community structures.