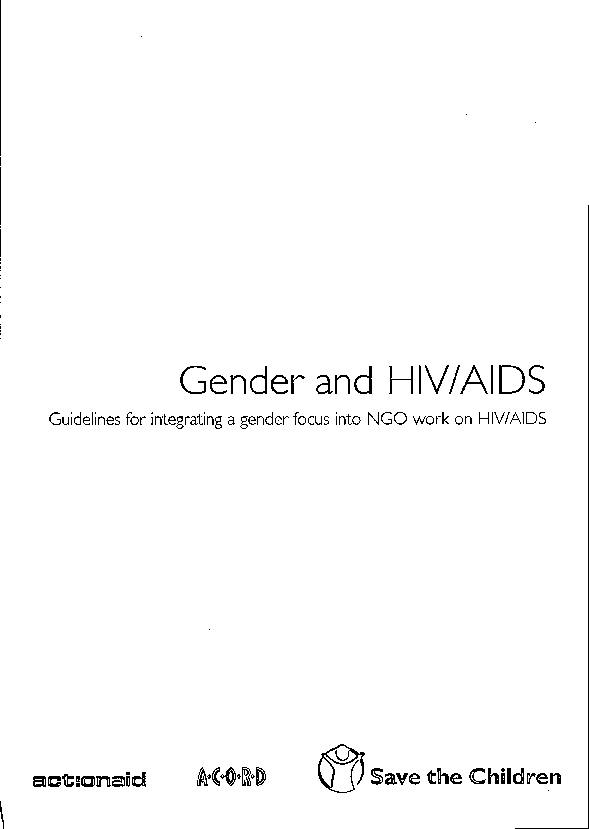 Gender and HIV/AIDS: Guidelines for integrating a gender focus into NGO work on HIV/AIDS

By the end of 2001, an estimated 40 million people–of whom 17.6 million were women and 2.7 million were children under 15–were infected with HIV globally. Gender-based inequalities significantly contribute to girls and women’s vulnerability to HIV. Because of their low status in most societies, they are in a weaker position to negotiate safe sex or have a autonomy over their sexual behavior. For NGOs to take appropriate action in the communities in which they work, it is important to have a good understanding of gender imbalances. It is also important to recognize the role that men should play in redressing these imbalances and in reducing women’s vulnerability to HIV.

These guidelines are intended for NGO staff working on or planning to work with HIV/AIDS programmes. It is a tool to help identify some of the issues which relate to the vulnerability of different groups to HIV/AIDS by creating an understanding of gender relations and roles.

Gender and HIV-AIDS: Guidelines for integrating a gender focus into NGO work on HIV-AIDS

ACORD, ActionAid, Save the Children UK