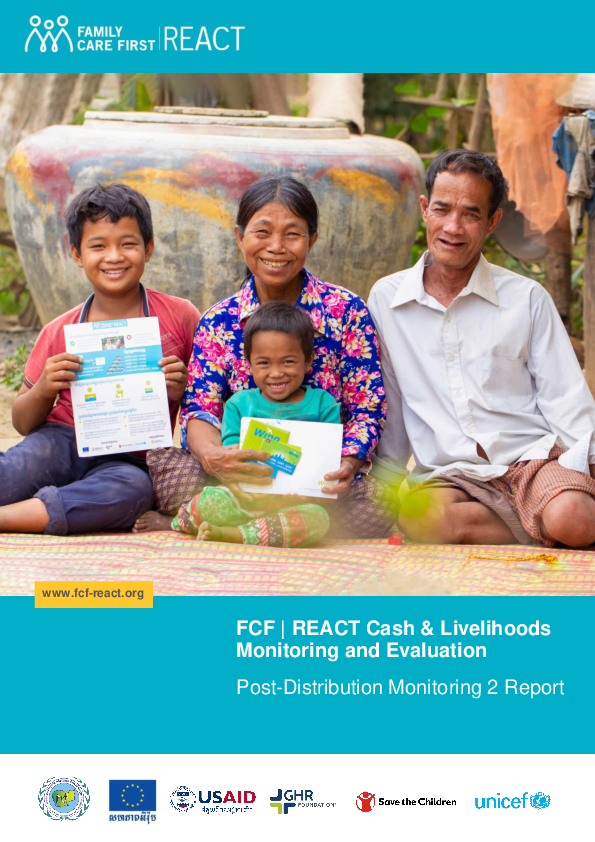 This report is a follow-up study to the Baseline(+PDM) conducted on 12-19 March 2021 and the Post-Distribution Monitoring (PDM1) conducted on 17-27 April 2021. The fieldwork for this report was undertaken as cases began to rise again after the initial lockdown had ended. Since this, cases have continued to grow and at the time of writing are at all-time highs (end of June 2021).

The results of this PDM2 report continue to show the benefits of the FCF | REACT cash and livelihoods project. Especially considering the developing context of COVID-19 in the country, the results, which on the whole continue to improve, are evidence of the project’s worth.

99% of the respondents have reported the same number of children living with them as before the cash transfers started with the one respondent with fewer children due to the child going to prison. This is a marked improvement from the start of the program as the Baseline(+PDM) reported 86% of households with the same number of children. Furthermore, 99% of these households agreed that the cash transfers had helped make it possible for them to keep all of their children with them and less parents/caregivers have reported migrating away from their children than in the Baseline(+PDM).