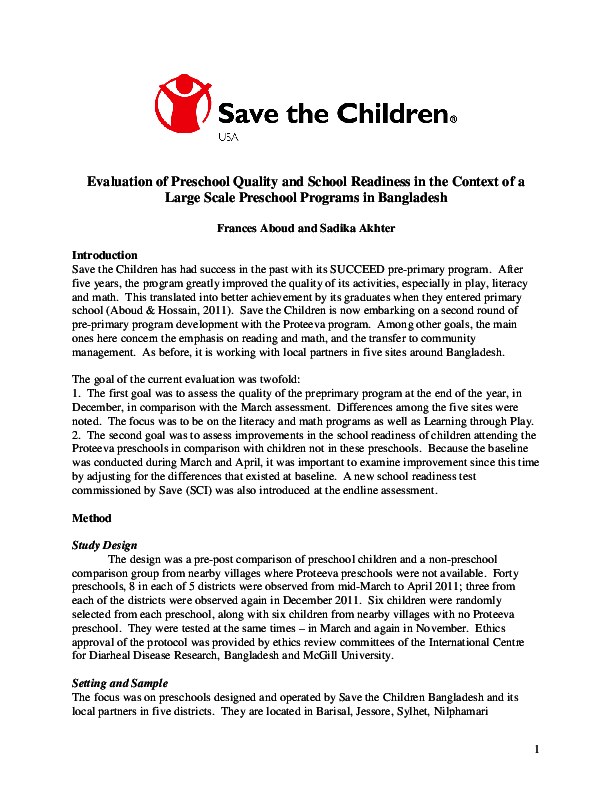 Save the Children has had success in the past with its SUCCEED pre-primary program. After five years, the program greatly improved the quality of its activities, especially in play, literacy and math. This translated into better achievement by its graduates when they entered primary school (Aboud & Hossain, 2011). Save the Children is now embarking on a second round of pre-primary program development with the Proteeva program. Among other goals, the main ones here concern the emphasis on reading and math, and the transfer to community management. As before, it is working with local partners in five sites around Bangladesh.

The goal of the current evaluation was twofold: