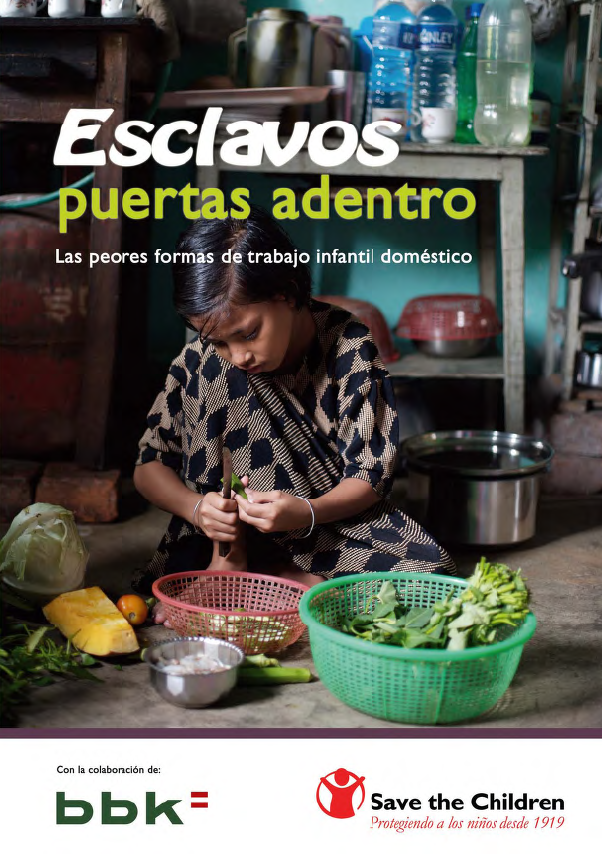 An estimated 218 million children between the ages of 5 and 17 are used for labour around the world. More than half of them engage in hazardous work and more than 8 million are trapped in the worst forms of child labour, degrading and dangerous, in conditions akin to slavery. Save the Children is calling on governments to address and ensure the eradication of child slavery through global poverty reduction initiatives and the investment of resources to protect children associated with slavery. The report reveals where and how children are forced to work as domestic servants providing details about the appalling conditions they have to endure and the negative impact on the children involved. It also shares some of the children’s direct and concrete experiences and considers the specific approaches that are needed to effectively combat child slavery.