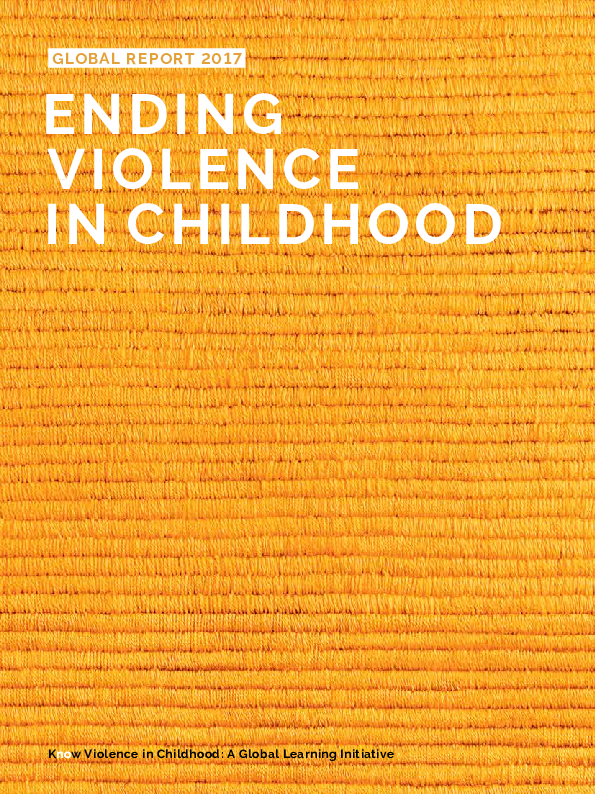 This report makes a case for ending the wide-ranging violence against children occurring across the world. It is a publication from an independent global learning initiative, Know Violence in Childhood. The project, like the Violence Against Children Study, included a series of regional meetings in Central and South-East Asia, the Pacific and Latin America, which brought together a diverse, multidisciplinary group of researchers and experts, practitioners and policy-makers to address the issue of violence against children. By examining existing data and commissioning new research, the Initiative has synthesized knowledge on the causes and consequences of childhood violence, as well as having identified evidence-based strategies to prevent childhood violence.

The report focuses on violence in three settings: Home and Families, Schools, and Communities and Public Spaces. Estimates from 2015 suggested that at least three out of four children worldwide (1.7 billion) had experienced some form of violence in a previous year. The report shows that most forms of violence are interconnected and a substantial number of children are “poly-victimised”, which means that they are exposed to more than one form of violence in at least two different settings. The report also links violence experienced by children to violence against women in the home. Witnessing family violence can leave significant, though often invisible scars, on children. For this reason, the report focuses on ‘violence in childhood’ to highlight the interconnection of the exposure to violence and the impact in has on children.

The report calls for much greater investment in data, research and evaluation, in order to break the silence around violence and to promote public action across the world.

Break the Silence on Childhood Violence