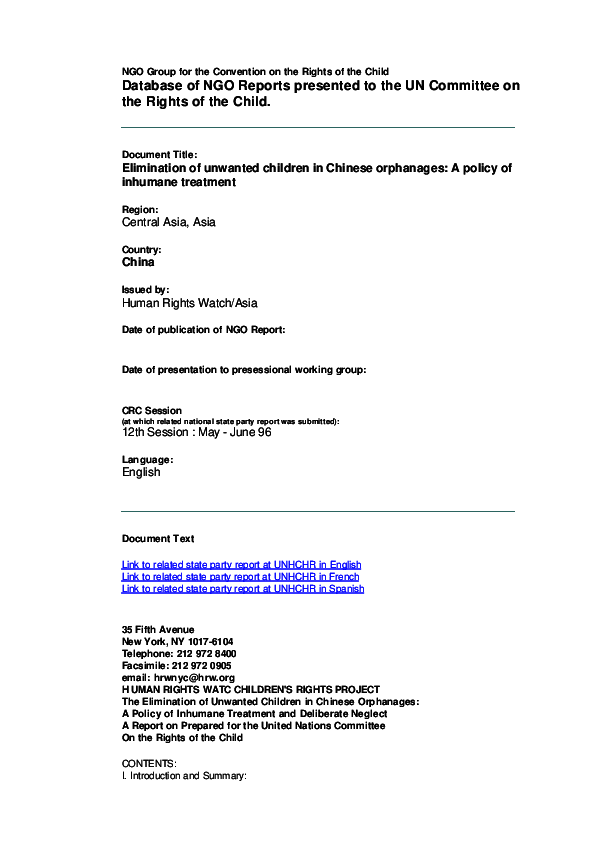 Elimination of Unwanted Children in Chinese Orphanages: A policy of inhumane treatment

Report presented to the UN Committee on the Rights of the Child by Human Rights Watch/Asia at the 12th Session May-June 1996. The human rights record of the Chinese government has often been attacked, and in response to the widespread criticism, the Chinese government has frequently argued that the international community places too much emphasis on civil and political rights while neglecting the more basic rights to food, shelter, and subsistence-rights which China claims to have secured for its citizens more effectively than some democratic countries. In accordance with the country’s post-1949 political tradition, China’s leaders assert that economic well-being forms the basis for the enjoyment of all other rights, and that the protection of economic rights can therefore justify restrictions on civil liberties.

Elimination of Unwanted Children in Chinese Orphanages: A policy of inhumane treatment