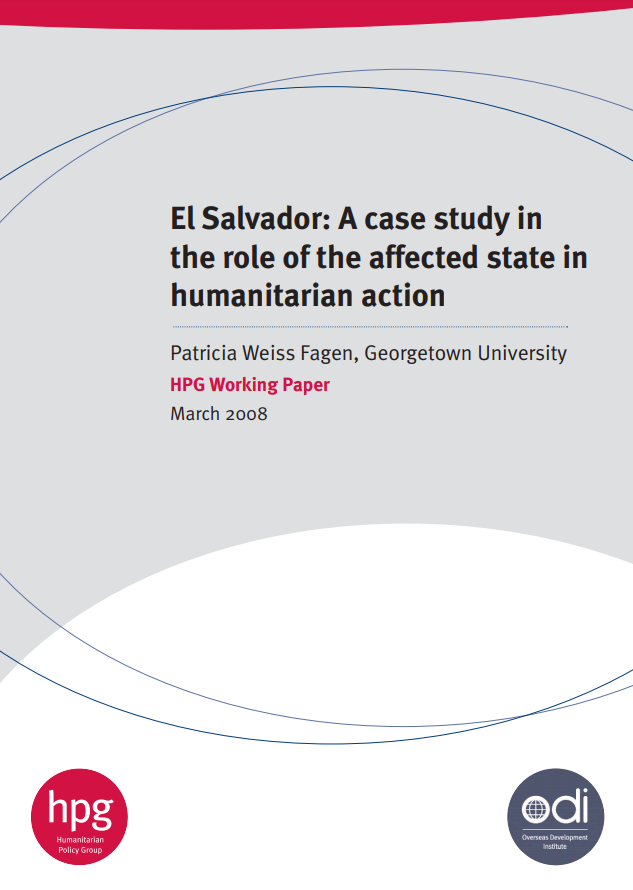 El Salvador: A case study of the role of the affected state in humanitarian action

This case study on state response in El Salvador is part of a wider project called The Role of Affected States in Humanitarian Action. This research was carried out on a ten-day mission in 2007 and investigates to what extent the state of El Salvador has assumed responsibilities for protecting and caring for its citizens in the aftermath of decades of conflict and during three natural disasters (respectively in 2001 and 2005). A background on these conflicts and natural disasters is provided, along with a discussion on the evolution of the national system since 2005. The UN and regional system and their relationships with disaster preparedness are discussed, followed by issues of concern.

El Salvador: A case study of the role of the affected state in humanitarian action