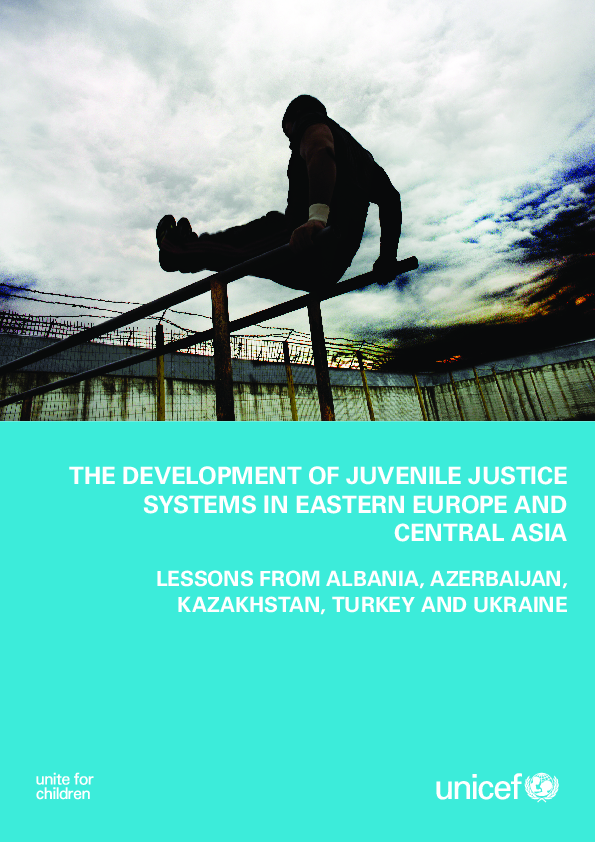 The development of juvenile justice systems in Eastern Europe and Central Asia – Lessons from Albania, Azerbaijan, Kazakhstan, Turkey and Ukraine

The report “The Development of Juvenile Justice Systems in Eastern Europe and Central Asia: Lessons from Albania, Azerbaijan, Kazakhstan, Turkey and Ukraine” was prepared by Daniel O’Donnell for the UNICEF Regional Office for Central and Eastern Europe/ Commonwealth of Independent States (CEE/CIS) in 2009. It is the result of a regional study undertaken by UNICEF CEE/CIS Regional Office to look at the experiences in juvenile justice of some countries in the region in order to identify “what works” and draw some lessons learned. The scope of the study covers: the process of juvenile justice reform; the juvenile justice system; UNICEF’s support to juvenile justice reform and data collection and analysis. The fourth element on data collection and analysis was included in order to assess whether national authorities have used data as a basis for their juvenile justice policies and to analyse the relevance and utility of regional and international indicators, such as the 15 Juvenile Justice Indicators as explained in the UNICEF/UNODC Manual for the Measurement of Juvenile Justice Indicators (2007).