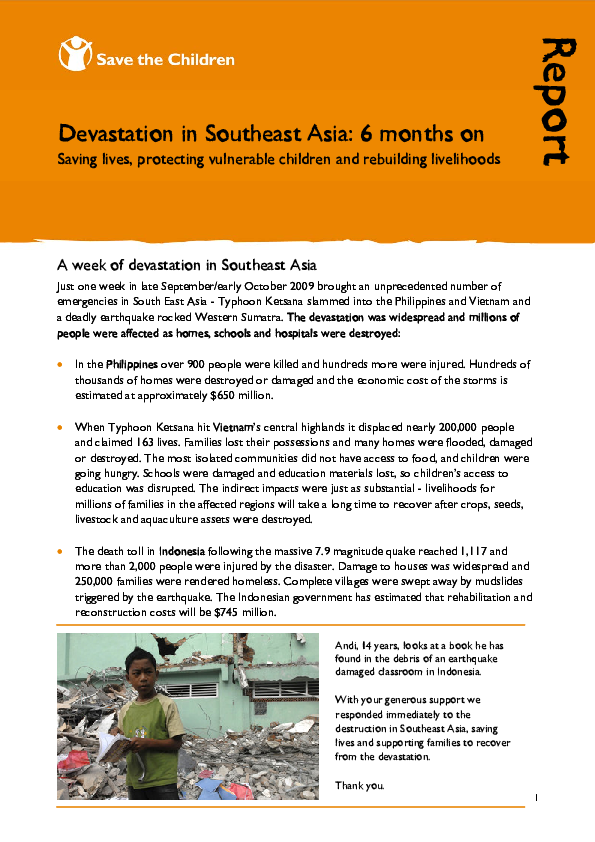 Just one week in late September/early October 2009 brought an unprecedented number of emergencies in South East Asia – Typhoon Ketsana slammed into the Philippines and Vietnam and a deadly earthquake rocked Western Sumatra. The devastation was widespread and millions of people were affected as homes, schools and hospitals were destroyed. This briefing gives an overview of Save the Children’s response to children’s needs in emergencies in the affected countries.