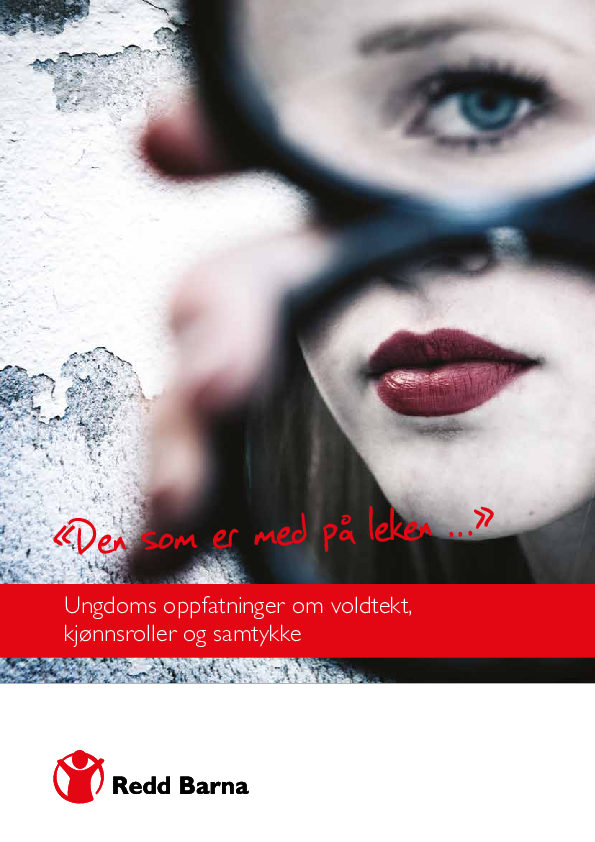 While a large proportion of rapes are committed between young people, many young people lack an understanding of what constitutes sexual violation and rape, according to a report from Save the Children Norway. The report “Den som er med på leken …” (loosely translated: “Playing with fire”) is based on focus group interviews with 35 young people, as well as experiences and inquiries about sexual abuse shared via the government agency website ung.no.

While the young people who were interviewed for the report generally agree that rape is a terrible act and that “no means no”, different attitudes emerge when faced with specific stories. There is a widespread perception that girls are responsible to almost shout “no”, rather than boys being responsible to ask for consent. Many of the young people interviewed believed that the girl shares some of the blame for being raped if she had previously flirted with and kissed the boy, or shared the same bed with him. Several of the girls had experienced saying “no” in sexual situations that was not respected. Some of the young people interviewed seemed to think that even if a girl says “no”, she sometimes still means yes.

Several of the boys interviewed were uncertain of how to understand sexual boundaries, and of what girls like and want sexually. Instead of asking for consent, they trust that their partner will object loudly to sexual advances if she is not up to it – or that she may like it eventually. Many girls blame themselves for sending vague signals and eventually participating in sex that they did not really want.

An uplifting finding in this report is that young girls clearly express that they appreciate being asked for consent: it does not “ruin the mood”, but makes them feel safe and respected. Follow-up measures should focus on giving young people tools to better understand and respect sexual signals and communicate clearer around consent.

The report concludes with advice from young people on measures they believe will prevent rape, help them understand sexual boundaries and ask for enthusiastic consent.