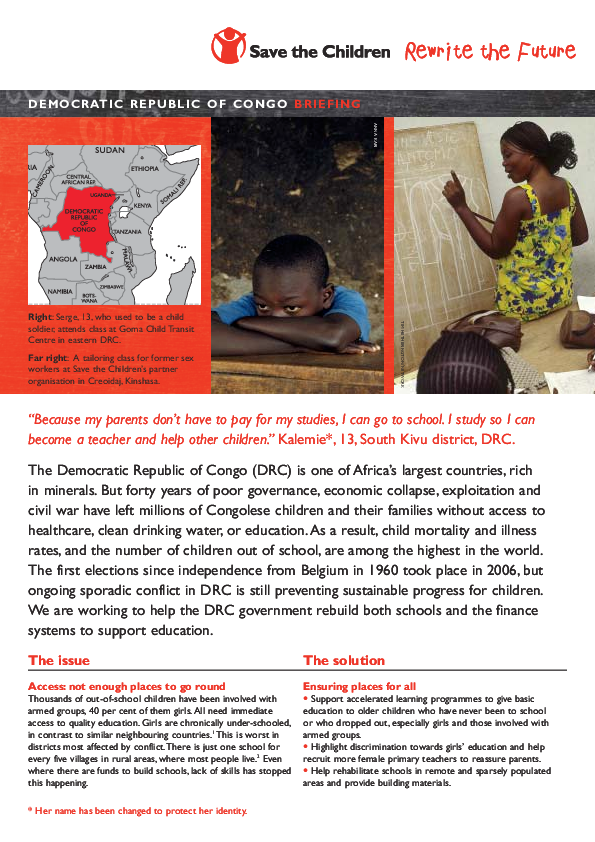 Past and present armed conflicts in the Democratic Republic of Congo (DRC) have badly affected children, and the country has one of the highest number of child soldiers in the world. Forty years of poor governance, economic collapse, exploitation and civil war have left millions of Congolese children and their families without access to healthcare, clean drinking water, or education. As a result, child mortality and illness rates, and the number of children out of school, are among the highest in the world. The first elections since independence from Belgium in 1960 took place in 2006, but ongoing sporadic conflict in DRC is still preventing sustainable progress for children. Save the Children’s Rewrite the Future is working to help the DRC government rebuild both schools and the finance systems to support education.

Republic of the Congo