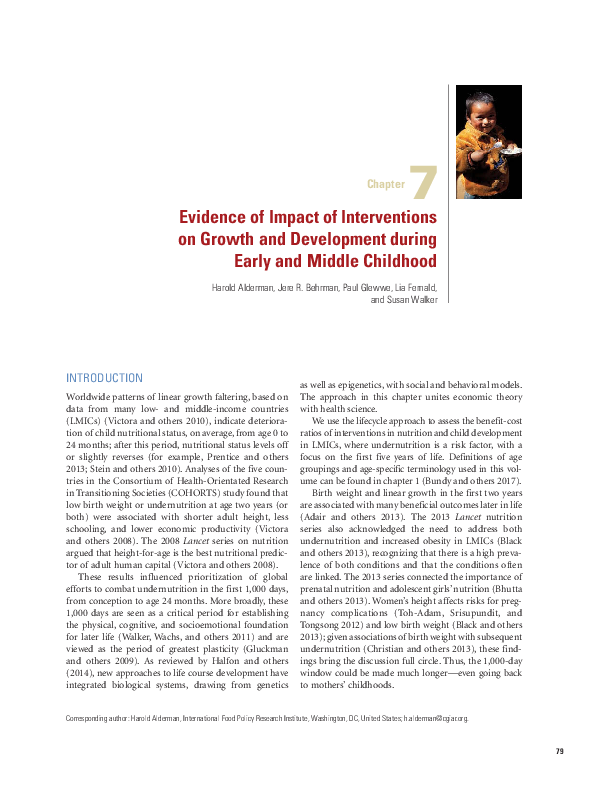 DCP Chapter 7: Evidence of Impact of Interventions on Growth and Development during Early and Middle Childhood

Worldwide patterns of linear growth faltering, based on data from many low- and middle-income countries (LMICs) (Victora and others 2010), indicate deterioration of child nutritional status, on average, from 0-24 months, after which there is leveling-off or a slight reversal (e.g. Prentice and others 2013; Stein and others 2010). Analyses of the five “COHORTS” countries found that low birthweight and/or undernutrition at two years were associated with shorter adult height, less schooling, and lower economic productivity (Victora and others 2008).The 2008 Lancet series on nutrition argued that height-for-age is the best nutritional predictor of adult human capital (Victora and others 2008).These results influenced prioritization of global efforts to combat undernutrition in the first 1,000 days, from conception to children’s second birthdays.

DCP Chapter 7: Evidence of Impact of Interventions on Growth and Development during Early and Middle Childhood