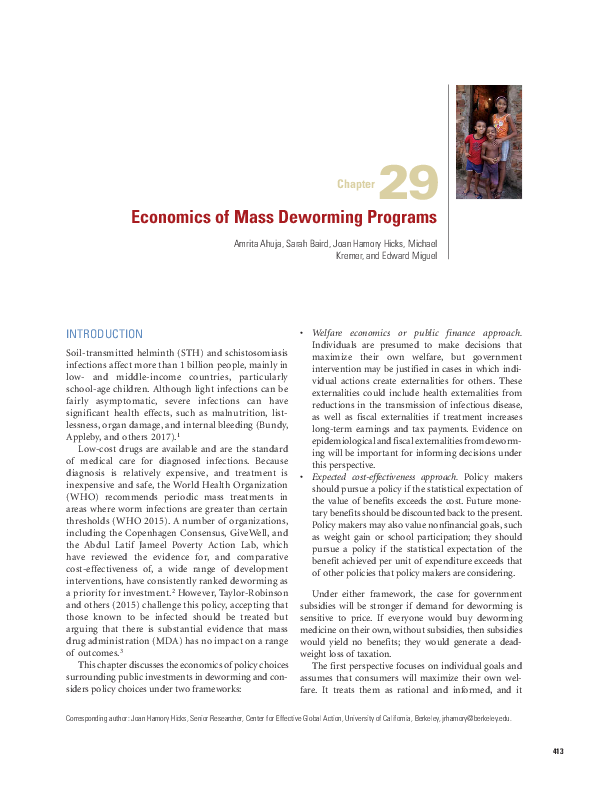 This chapter discusses the economics of policy choices surrounding public investments in deworming, and considers policy choices under two frameworks: (1) welfare economics or the public finance approach, and (2) the expected cost-effectiveness approach. Under either framework, the case for government subsidies will remain stronger if demand for deworming proves sensitive to price. Recent estimates suggest that nearly one-third of children in low- and middle-income countries (LMICs) receive treatment for worms, many via school- or community-based programs. The impact of deworming will vary with the local context—including circumstances such as type of worm, worm prevalence and intensity, comorbidity, the extent of school participation in the community, and labor market factors. The decision to expend resources on deworming should rest on a comparison of expected benefits and costs. Analysis of evidence from several contexts on the nutritional, educational, and economic impact suggests that the WHO recommendations for mass treatment remain justified on both welfare economics and cost-effectiveness grounds. Additional studies will generate further evidence to inform future decisions.