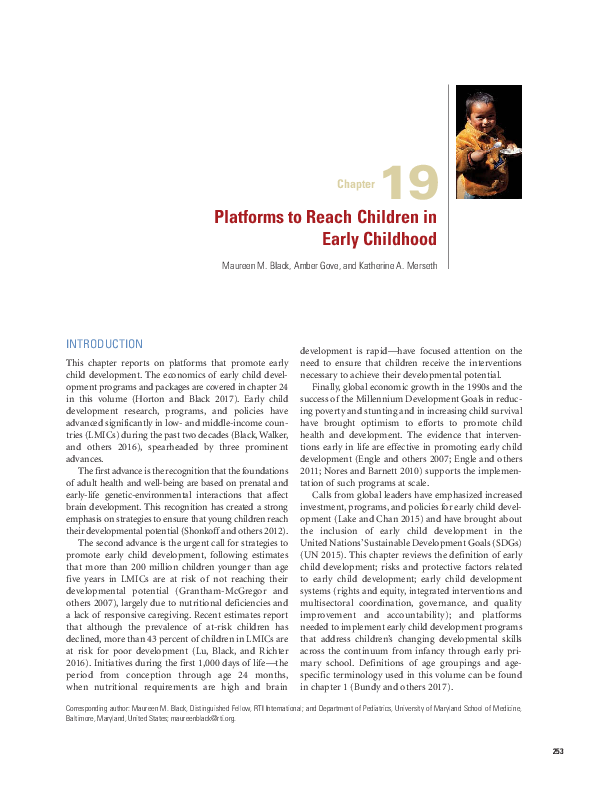 This chapter reports on platforms that promote early child development, including early child development research, programs, and policies, that have advanced significantly in low- and middle-income countries (LMICs) during the past two decades, spearheaded by (1) the recognition that the foundations of adult health and well-being remain based on prenatal and early-life genetic-environmental interactions that affect brain development, which has created a strong emphasis on strategies to ensure that young children reach their developmental potential; (2) the urgent call for strategies to promote early child development, following estimates that more than 200 million children younger than age five years in LMICs remain at risk of not reaching their developmental potential largely due to nutritional deficiencies and a lack of responsive caregiving; and (3) the global economic growth in the 1990s and the success of the Millennium Development Goals in reducing poverty and stunting and in increasing child survival, which have brought optimism to efforts to promote child health and development.