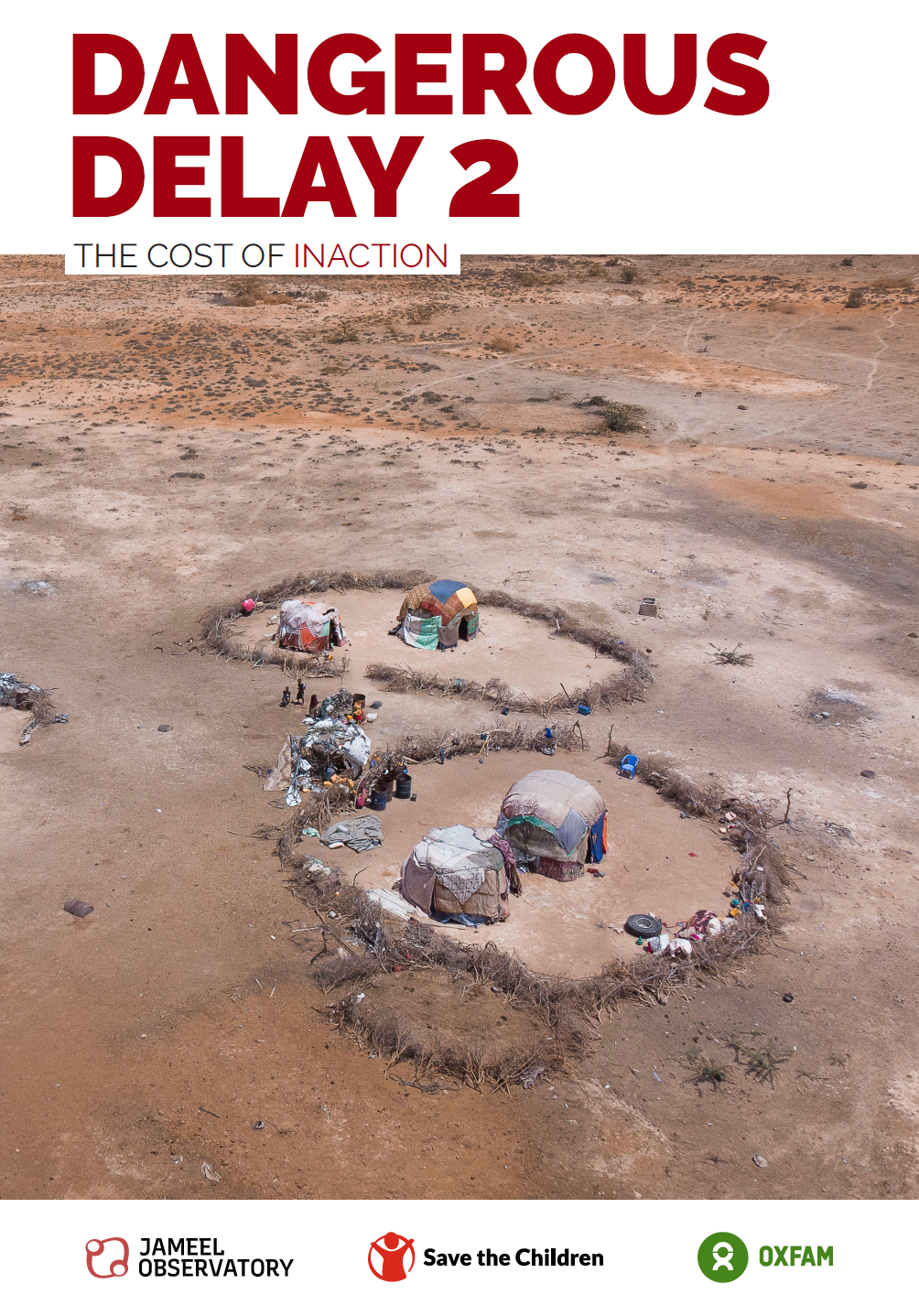 A Dangerous Delay 2: The Cost of Inaction

One person is likely dying of hunger every 48 seconds in drought-ravaged Ethiopia, Kenya, and Somalia.

More than a decade since the delayed response to the 2011 famine that killed more than 260,000 people in Somalia – half of them children under five – the world is once again failing to avert catastrophic hunger in East Africa. Today, nearly half a million people across parts of Somalia and Ethiopia are facing famine-like conditions. In Kenya, 3.5 million people are suffering extreme hunger. Urgent appeals are woefully funded, as other crises, including the war in Ukraine, are worsening the region’s escalating hunger crisis.

This 2022 follow-up report examines the changes in the humanitarian aid system since 2011. It finds that despite an improved response to the 2017 East Africa drought when widespread famine was averted, the national and global responses have largely remained too slow and too limited to prevent a repeat today.

A Dangerous Delay 2: The Cost of Inaction

Executive Summary: A Dangerous Delay 2: The Cost of Inaction 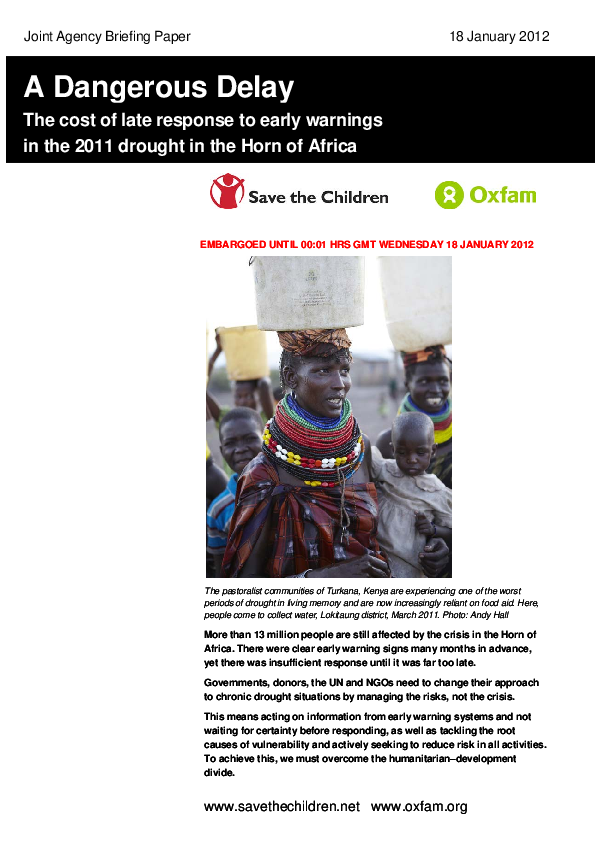 A Dangerous Delay. The cost of late response to early warnings in the 2011...