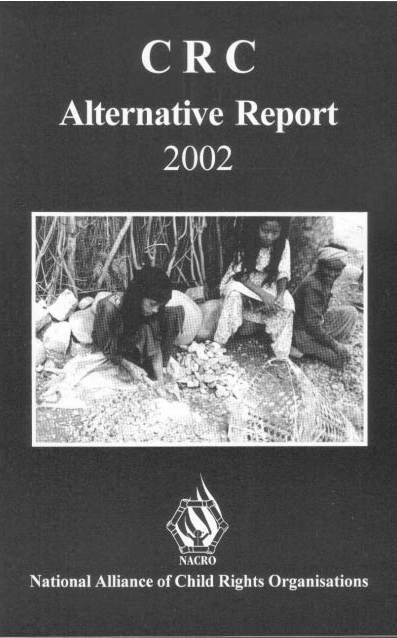 Supplementary report to Nepal’s second periodic report on the implementation of the UN Convention on the Rights of the Child, produced by the National Alliance of Child Rights Organisations (NACRO), covering the period 1997-2002. During the preparation of the report all regional representative organisations of NACRO consulted, among others, children’s clubs, school children, teachers, civil society, NGOs and community-based organisations (CBOs). The report is thus based on grass-root level information and survey/research conducted by the NGOs; it depicts the bleak situation of child rights in Nepal and seeks to cover some of the issues not included in the combined national report of the government. Most of the statistics presented in the report are based on the information published by the Central Bureau of Statistics (CBS), the Census Organisation of the Government of Nepal.