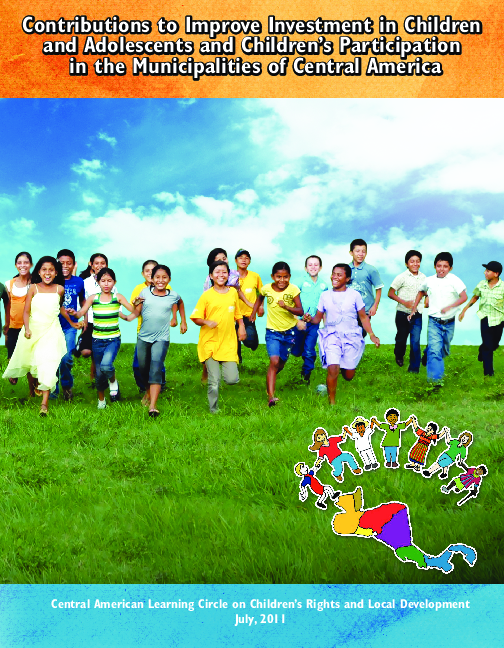 The two main concerns, more relevant than ever, raised during the course of these meetings were : the incorporation of child and adolescent rights into municipal plans and budgets, and participation of children and adolescents in local development.  In a relatively short period of time, Central American municipalities have had  very positive experiences related to these two key issues.   Regarding municipal investment,  the document reflects on the need for it to be meaningful, in terms of  both quantity and quality and from a child rights perspective. In terms of child participation, the document puts forward some proposals aimed at improving quality participation of girls, boys and adolescents in Central American municipalities. The hope is that this document will help guide discussions among local governments, children, adolescents, organizations, networks and municipal associations, international cooperation and central governments, to raise awareness about children’s participation in the public sphere in the region.