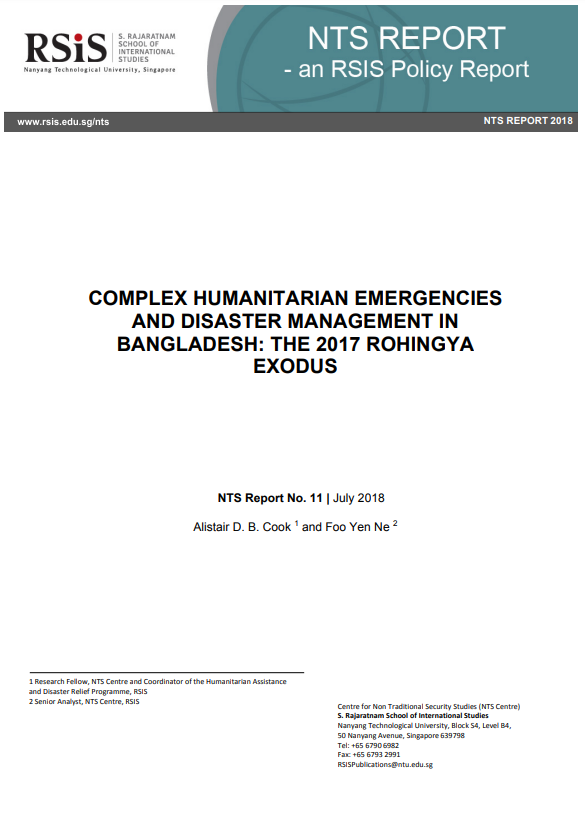 The response to the 2017 Rohingya Exodus showed that existing disaster management mechanisms and processes in Bangladesh need improvement to handle large scale, conflict-induced and complex humanitarian emergencies such as a mass population movement into Cox’s Bazar – an area exposed to natural hazards. Various government agencies and departments were involved in the emergency response but their particular roles need more definition, and horizontal coordination between ministries needs greater attention. Key disaster management actors faced institutional and procedural barriers, particularly during the early stages of the emergency response.

The dominance of a handful of international non-governmental organisations (INGOs) and UN agencies in decision-making platforms for coordinating the emergency response in the crisis also exacerbates accountability issues. This prompted calls for the localization of disaster management efforts in Bangladesh and for international actors to leverage the comparative advantages of local counterparts to deliver higher quality interventions. Having identified the policy and operational gaps in disaster management in Bangladesh.