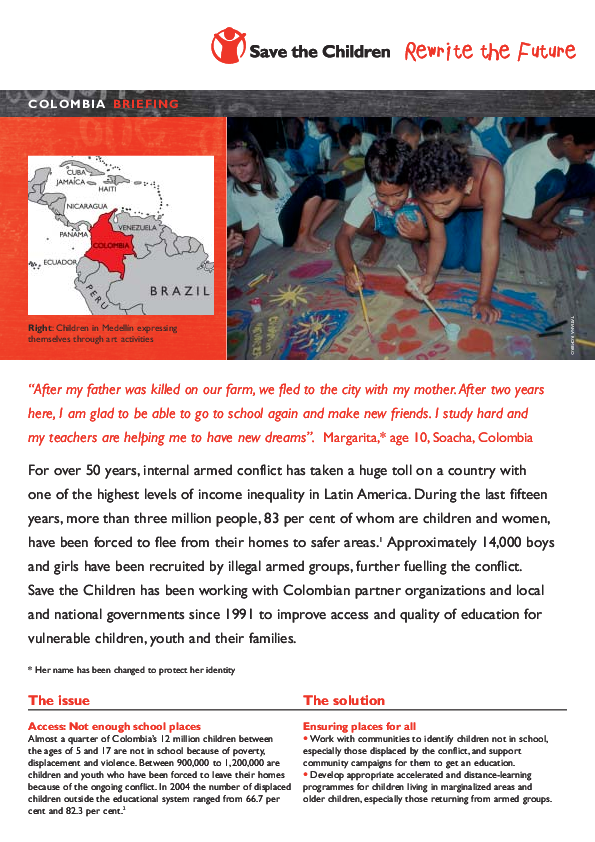 This country briefing of Colombia looks at the ongoing armed conflict between the government and illegal armed groups, now entering its fifth decade, which has caused immense suffering to the Colombian civil population. Internal displacement has reached unprecedented levels, and the human rights of women and children are constantly under threat due to the conflicts. Save the Children has been working with Colombian partner organizations and local and national governments since 1991 to improve access and quality of education for vulnerable children, youth and their families.