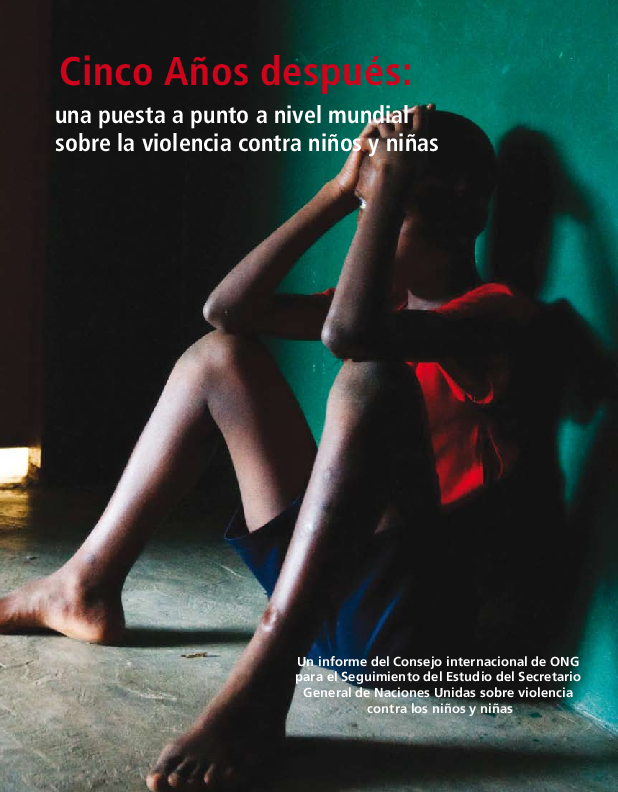 Spanish version of the publication entitled “Five years on: A global update on violence against children”.
This report summarizes the state of violence against children in the five years since the release of the UN Secretary-General’s Study on Violence Against Children. It reveals how despite numerous commitments and promises by States, violence continues against millions of children in all settings. The sad reality in 2011 is that children continue to be humiliated, beaten, burned, and sexually abused by the adults in their lives, their parents, teachers, and caregivers, and that few areas of progress have been realized. According to some of the latest findings: 78 countries still authorize corporal punishment by teachers, and in some states, as many as 97 percent of children say they have been beaten in school; in some countries, like the U.S. and the UK, children are two to three times more likely to be the victims of serious crimes than are adults; children with disabilities are four to five times more likely to experience violence and sexual abuse than non-disabled children; and the known number of juvenile offenders executed worldwide rose by more than 50 percent in the last five years. NGOs call on governments to ensure that the recommendations from the 2006 UN Study are effectively implemented, and urge governments to prohibit all violence against children through legal reform.