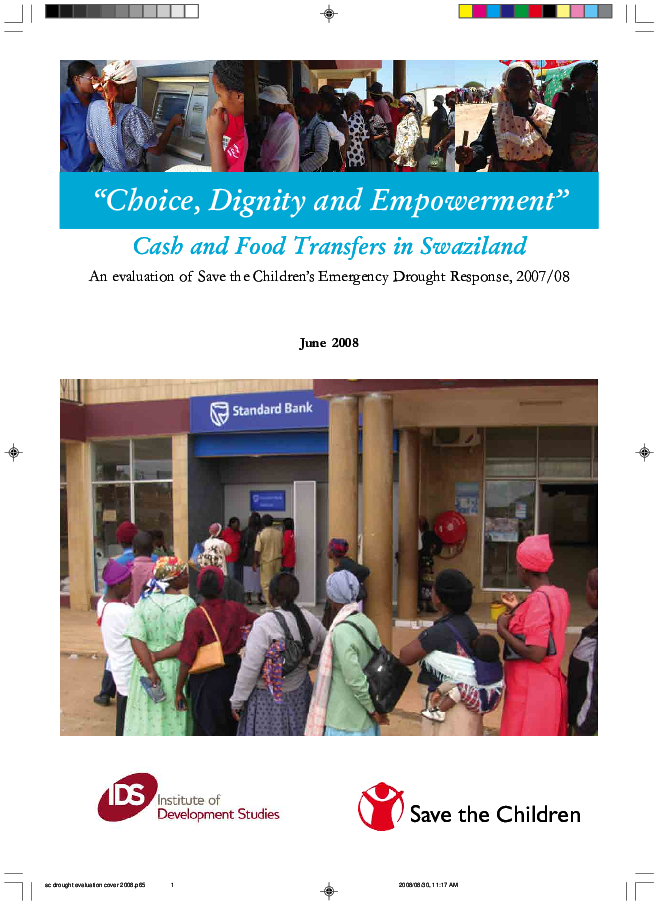 Choice, Dignity and Empowerment: Cash and food transfers in Swaziland

The Emergency Drought Response (EDR) project introduced cash transfers as a response to the food crisis of 2007/08 in Swaziland.

Some 6,200 households (close to 40,000 people) in two severely affected regions received a half ration of food (maize, beans and oil) and the equivalent in cash, every month for six months from November 2007 until the harvest of April 2008.

A further 1,400 households in the same regions who were unable to open bank accounts (usually because they could not secure ID documents in time) received full food rations, and served as a ‘control group’ for comparing project impacts between cash transfer recipients and food aid recipients.

Although the EDR was primarily a humanitarian intervention, cash transfers were envisaged as a mechanism that could contribute to breaking the deepening dependency of rural families on food aid.

The EDR therefore served as a pilot for introducing cash transfers as a response to acute (and possibly also chronic) food insecurity in Swaziland. Nine hypotheses about cash transfers were tested; the key findings of which can be found in the report.

Choice, Dignity and Empowerment: Cash and food transfers in Swaziland