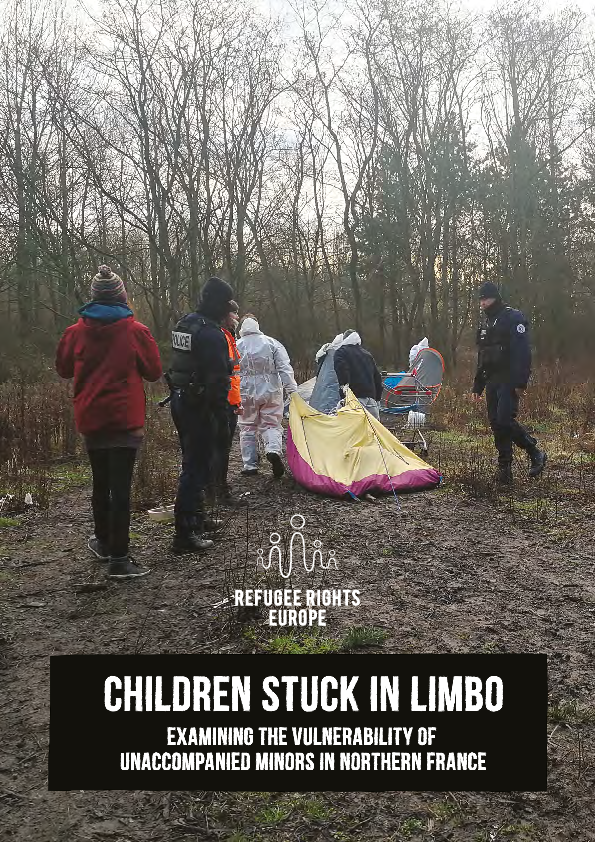 Children Stuck in Limbo: Examining the vulnerability of unaccompanied minors in northern France

In the context of increased ‘securitisation’ at the British border, the fundamental rights of unaccompanied children are violated on a daily basis in Northern France. Safeguarding and protection systems appear to be entirely excluded from the current deterrence-based approach, despite national and international obligations to uphold the rights of the child.

This report provides an in-depth on-the-ground update of the ongoing situation for children in Northern France, many of whom hope to reach the United Kingdom, but who keep finding themselves trapped between the sealed British border and the heavy-handed approach of the French authorities.

Children Stuck in Limbo: Examining the vulnerability of unaccompanied minors in northern France

Children on the moveUnaccompanied and separated children