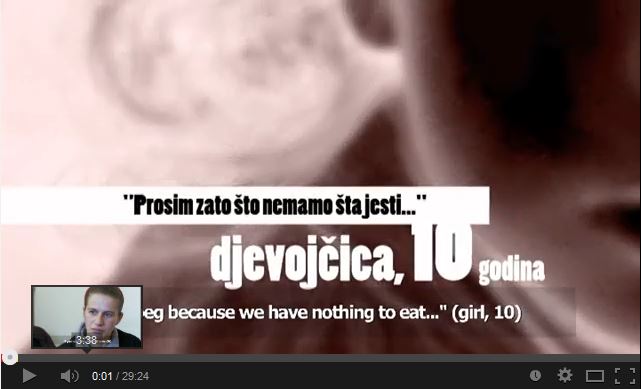 Children of the Centre

Children of the Centre was made as the result of a three-year project of the Drop-in Centre for children involved in street work in Sarajevo Canton, established as an initiative of the Save the Children and the Public Institution “Cantonal Social Welfare Centre” Sarajevo. The goal was to help public and government officials learn about the needs of children living and working on the streets, as well as some innovative ways of working with these children.

This documentary shows daily work with children in the Drop-in centre facilities as well as in the field, in institutions, road intersections, and the streets of Sarajevo. It focuses on children’s needs and ways of meeting those needs through the work of the centre. The film was shot in March 2011 and was presented at the 17th Sarajevo Film Festival within the National Program, where it had its premiere screening.

Children of the Centre