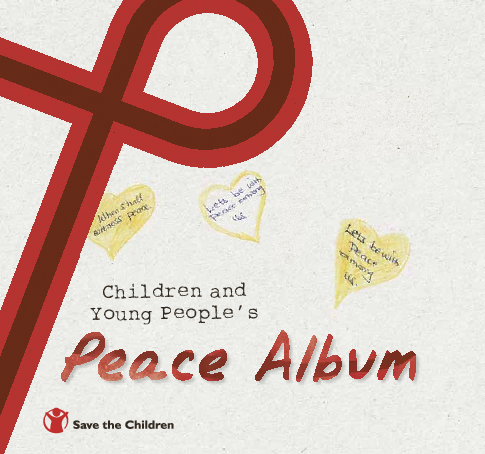 This Peace Album was made on the initiative of children and young people who were members of Peace Clubs in Northern Uganda.

The research and evaluation on children’s participation in armed conflict, post conflict and peace building started in November 2006. Children and young people in four countries, Bosnia-Herzegovina, Guatemala, Nepal and Uganda, were invited to document their situation and experiences and to reflect upon them. Members of the peace clubs in Uganda had already started to write their stories, songs and poems; to draw what they had witnessed; and to collect newspaper clippings about the violent conflict and peace initiatives in their country. They wanted to make peace albums, and the peace club members received notebooks for this purpose. Material from the peace clubs was then collected in a Peace Album for Uganda.

The idea of a Peace Album was shared with children and young people taking part in the research and evaluation on children’s participation in the three other countries. They liked the idea and wanted to make their peace albums as well. This global peace album is a collection of writings and drawings from children and young people in the four countries.