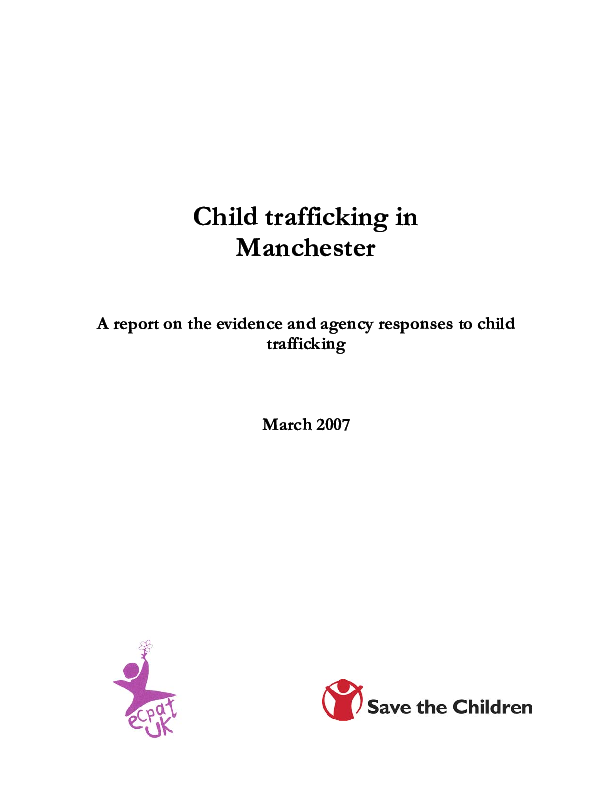 This report is one of three reports being published by Save the Children and ECPAT UK on trafficking of children and young people in a number of locations in England. This report presents the findings of a small-scale qualitative study to find out: first, whether there have been any confirmed or suspected cases of child trafficking in Manchester; second, the levels of awareness of child trafficking; and third, how children’s social services and other agencies have responded to such cases. Interviews were conducted with representatives from children’s social services, the local immigration service, local government, the police and voluntary sector organisations