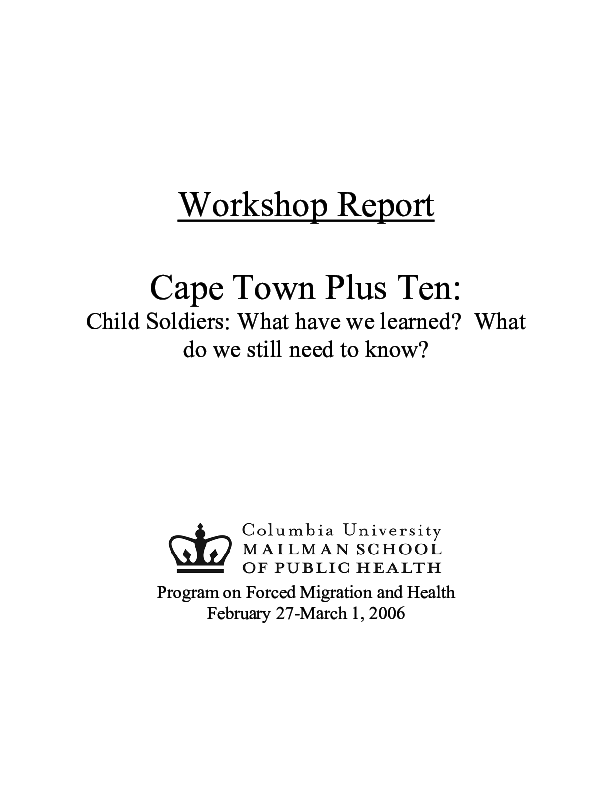 Cape Town Plus Ten – Child Soldiers: What have we learned? What do we still need to know?

In 1997, a group of pioneers and practitioners working on child soldier concerns met in Cape Town, South Africa to develop international standards, guidelines and good practice on the prevention of recruitment of children into the armed forces and on demobilization and social reintegration of child soldiers in Africa. Since that first interagency symposium, meaningful progress has been made:

As part of the follow-up to the Cape Town Principles and Best Practice, UNICEF and NGOs organised a series of regional workshops to take stock of achievements and shortcomings since 1997.The ‘Cape Town Plus Ten’ Workshop, in turn, was designed to examine what we have learned and what we still need to know from a global perspective. Workshop participants represented over 200 years of collective experience working on child soldiering issues, covering five different continents.

This report shares the results of those deliberations, which will help to define international work on child soldiers in the future.

Cape Town Plus Ten – Child Soldiers: What have we learned? What do we still need to know?