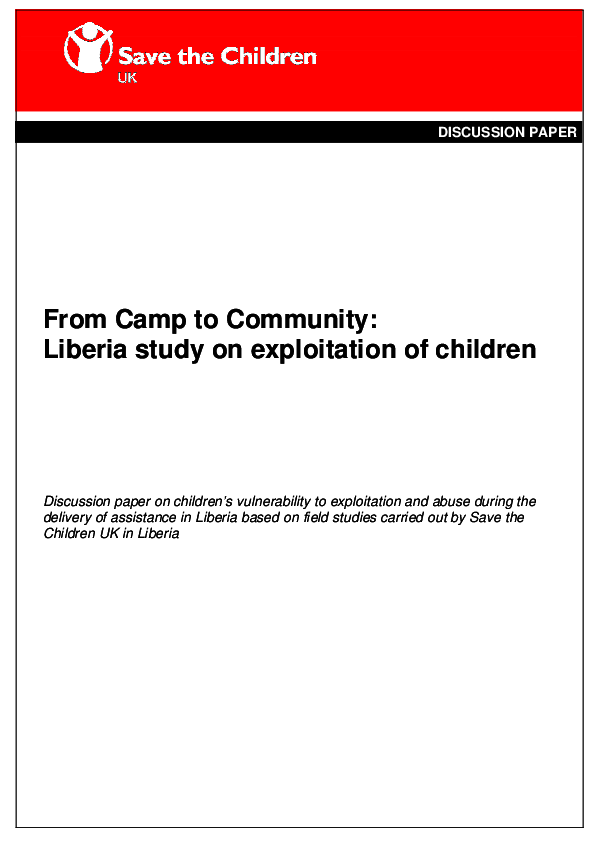 Save the Children, along with many other non-governmental organisations, has been working alongside the Liberian government in the IDP (internally displaced people) camps. During the course of the work with children, Save the Children staff became aware that many children were agreeing to have sex with older men for money, food and other goods and favours. In order to document more closely the circumstances surrounding this issue, and to look at ways to improve Save the Children’s delivery of assistance to better protect children against such exploitation, Save the Children instigated a study in four IDP camps and four communities with a high population of people returning from the camps.

During the study, participants shared consistent accounts of children engaging in sex both in the camps and in communities as a means of survival. The results of the study are presented here for further discussion with other members of the international community in an effort to address the problem in a pro-active and productive way. 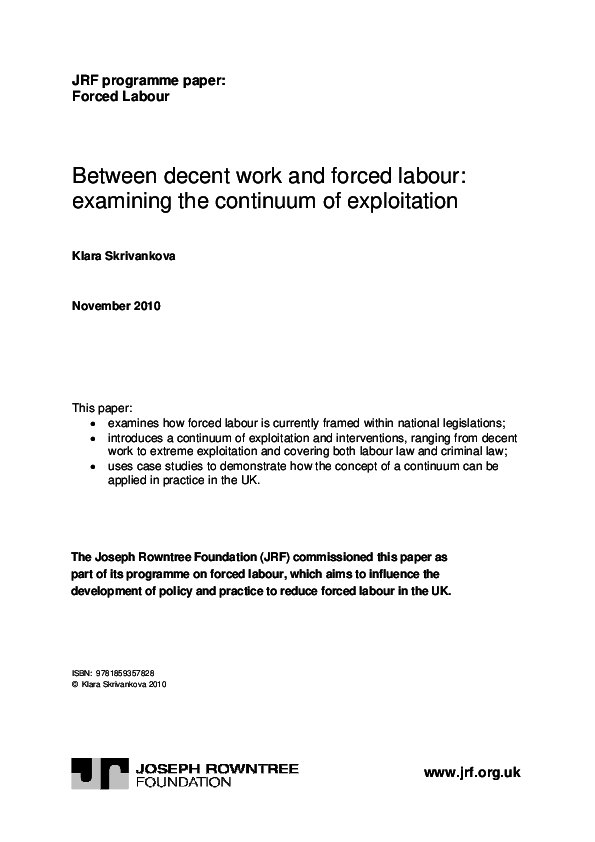 Between decent work and forced labour: examining the continuum of...