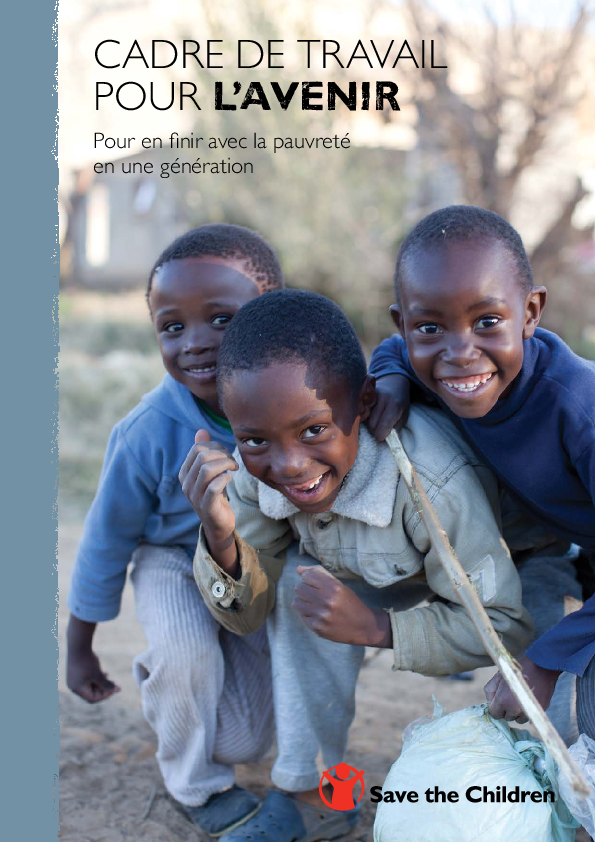 In 2015, the United Nations General Assembly will bring together world leaders to agree on a new framework to change the course of our global development; a framework that could put an end to extreme poverty within a generation.

It will replace the Millennium Development Goals (MDGs), a series of tangible goals and targets that have contributed to the reduction of poverty and allowed significant progress in the lives of the poorest children in world since the beginning of the twenty-first century.

The post-2015 framework, which will replace the MDGs, should to complete the work initiated with the MDGs. These new goals must be motivating and ambitious. They must galvanize international action to build a world where every child benefits from an equal opportunity in life, not just that of surviving but also to flourish and realize their full potential.

This report presents Save the Children’s proposals for this new framework, from our contributions prior to the post-2015 debate. They comprise 12 goals with targets and related indicators and a series of mechanisms to stimulate accountability, promote equity and take advantage of synergies between economic, social and environmental dimensions of the development to accelerate progress.

Our proposals are presented in a spirit of dialogue and multi-stakeholder collaboration. Moreover, they are conceived as a contribution to the efforts collective efforts to develop a strong and transformer; a framework capable of finally putting an end to extreme poverty.